Now it can be told even if we’re not sure we want to know all the details:
When Rob Reiner met Michele Singer, it was as he was making the film “When Harry Met Sally.”
On a fateful Saturday night in mid-October 1988, the Hollywood writer, director and producer invited the photographer to his home in L.A. to watch NBC’s coverage of Game 1 of the World Series, which happened to feature his David-esque Dodgers against the heavily favored Goliath Oakland A’s.
It couldn’t have been scripted much better. Kirk Gibson hobbles up to the plate in the bottom of the ninth inning and, in a Roy Hobbs, too-good-to-be-true swing of the bat, change the course of events in several ways.

“He hits this home run, and it’s somewhat of an aphrodisiac for me,” Reiner admits at a critical point of an MLB Network doc titled “Only In Hollywood,” which looks back 30 years ago at that Dodgers’ improbable season.
“We were going to meet Bruno Kirby and Billy Crystal to go see a documentary. And let’s put it this way: We didn’t make it to the movie theater. That’s all I’m gonna say.”
Sooooooo.
Our piece on this MLB Net event, which debuts Sunday at 5, 7, and 9 p.m., is here in The Hollywood Reporter.
And here’s a clip of the doc.
That’s all we’re gonna say.

More media notes from the week of July 9-15:

* Joe Buck, who has called every Fox-covered MLB All-Star Game since the network took over the package in 1997, is joined by John Smoltz for the third time for Tuesday’s exhibition from Washington, D.C. (4:30 p.m., Channel 11, with pregame on FS1 at 4 p.m.). Tom Verducci and Ken Rosenthal report from the dugouts. The studio team includes Kevin Burkhardt, Alex Rodriguez, Frank Thomas and David Ortiz.
Pete Macheska produces the game with director Matt Gangl.

Going to D.C. for the #AllStarGame? Watching from home? We need your help.

Be a part of #100KCams and you could be on TV pic.twitter.com/pfOZMtQFF5

*And as Fox covers the MLB All-Star Game for the 20th time, it will let loose Fox Sports Films with MLB to create a documentary called “100,000 Cameras: MLB All-Star Game,” which will premiere July 28 at 4 p.m. on FS1. The catch is to have fans submit photos and video capturing the event, whether they are on-site in Washington D.C., home, in a bar, at work, etc., in the days before and during the exhibition.
Fox received a Sports Emmy for Outstanding Social TV Experience last May for creating “100,000 Cameras: Ohio State vs. Michigan” (from a game in Dec., 2017) and a nomination for for “100,000 Cameras: Talladega” during the 2015 NASCAR event.

* Joe Davis, Tom Verducci and Ken Rosenthal are on the Fox national call of the Dodgers-Angels game Saturday from Dodger Stadium (4 p.m., Channel 11, going to 17 percent of the country, behind the 68 percent who get Yankees-Indians). TBS starts its second-half MLB weekly regular season coverage with Yankees-Indians (Sunday, 10 a.m., Brian Anderson and Ron Darling).
Last Saturday’s Dodgers-Angels telecast on Fox from Angel Stadium did a 6.0 rating and 14 household share in L.A. — the highest-rated MLB game on Fox in this market in 14 years.

* Following up from five games SportsNet L.A. agreed to simulcast with KTLA-Channel 5 as more of a courtesy to Dodgers’ viewers who still can not/refuse to change their carrier to receive the team-owned channel, five more games have been agreed upon to share in August and September.
Those will be home games Saturday, Aug. 4 vs. Houston; Wednesday, Aug. 15 vs. San Francisco; Monday, Aug. 20 vs St. Louis; Friday, Aug. 31 vs. Arizona and Tuesday, Sept. 4 vs. N.Y. Mets.
Also remember: Depending on what numbers you want to believe, 90 percent of all homes in the Dodgers’ designated TV market area (DMA) actually have access to Spectrum and SportsNet LA. Only 40 percent choose to act on it. So the number that 60 percent don’t get Spectrum, it’s always been a bit deceiving. Of that, 10 percent live in areas where either Cox or Comcast cable is the only choice. The other 50 percent are sticking with AT&T-owned DirecTV, Dish, Frontier FiOS or AT&T U-verse service.
SportsNet LA and the Dodgers made the announcement of these August simulcasts in a press release that again included: “SportsNet LA and Dodgers games are exclusively available on Charter’s Spectrum service and other distributors are not expected to carry SportsNet LA this season.”

* Monday, July 23 is the target date for a Ted Williams’ PBS special documentary that’s part of its “American Masters” series. The production of this project was announced a year ago. It is the first baseball subject in the series’ 32-year history and it comes as the 100th anniversary of Williams’ birth comes up on Aug. 30. Actor Jon Hamm narrates it with contributions from the likes of the late Dick Enberg, Bob Costas, Joey Votto and Wade Boggs. A link to the doc trailer. 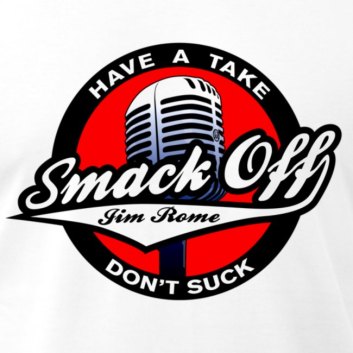 * Friday, July 20 marks the 24th edition of Jim Rome’s annual “Smack Off” competition on his nationally syndicated radio show, but the first as part of his nationally-televised simulcast on CBSSN. Leff from Laguna standing in as the two-time defending champ and Mike from Indy a three-time runner-up after his 2014 co-win (according to this StuckNut research). It is, of course, still invite only.

* The Chargers announced that Daniel Jeremiah will replace the departing Nick Hardwick in its 640-AM KFI radio booth, partnered with Matt “Money” Smith, this coming season. KABC-Channel 7 will also do three exhibition games with Spero Dedes and LaDanian Thomlinson, and without Dan Fouts, per his request. One other alteration: Mario Solis, the KNBC-Channel 4 weekend sports anchor, will do Spanish-langauge play-by-play on radio at KFWB 980-AM. He replaces Jorge Villanueva, who moves to analyst duties.

The 2018 World Cup has set new highs for number of homes tuning into:

Well my head is spinning with these headlines today:

Adweek: "Fox Sports Says Its World Cup Has Been an Ad Revenue Success, Even Without the U.S. Team" https://t.co/qHgb7CzDsU

*John Strong and Stu Holden call the France-Croatia World Cup final from Moscow on Sunday at 8 a.m. for Fox-Channel 11, leaving JP Dellacamera and Tony Meola fir the third-place game Saturday between England and Belgium.
Fox reports that its Croatia-England extra-time World Cup semifinal game Wednesday registered 5.5 million viewers on its network and set an all-time semifinal streaming record (an average-minute audience of 830,000). Combined with the Tuesday France-Belgium semifinal, Fox averaged 5.03 million viewers, down six percent from the 2014 semifinals and up 49 percent from 2010. Fox competed this time with the Telemundo Spanish-langage coverage on both the local carrier as well as on NBCSN.

*The continuation of the Rafael Nadal-Novak Djokovic men’s semifinal match at Wimbledon will precede the scheduled Serena Williams-Angelique Kerber women’s final on ESPN, with a start time moving up to 5 a.m. Saturday. The women’s final also airs on ABC (noon, Saturday, Channel 7) and on ESPNEWS at 6 p.m. and ESPN2 at 9:30 p.m. with Chris Fowler and Chrissie Evert on the call. Fowler and John McEnroe call the men’s final Sunday at 6 a.m. on ESPN live, repeated at noon on Channel 7, 5 p.m. on ESPNEWS and 9 p.m. on ESPN2.

As long as it has nothing to do with a “Space Jam” redo as per our latest discussion on The Drill LA w ⁦@SteveLowery12⁩ ⁦@McKLVTheJon⁩https://t.co/sFJmmGE3pRhttps://t.co/oGFrNctONs via @USATODAY

After 11 amazing yrs. filled w/laughs, debates & even tears, this is my last week working @espn & @espnlosangeles My gratitude runs deep for every executive, co-host, co-worker & fan on this journey. Going to miss it all, but I am so excited to create many more media memories! pic.twitter.com/RQkJKnX4CQ

ESPN, SEC Network to hold on to Paul Finebaum. https://t.co/puuxAm4DYx

So … if a women happens to be shown now in the stands, she can take it as a decision was made by someone that she’s not deemed attractive? Hmmm … Who’s the decider? https://t.co/JVHEmmL2Xs

Another thing we could have added to this discussion on The Drill: Does this belong on a sports TV channel? https://t.co/FRwmS0cZsK https://t.co/CV6DhvdKbD

* “Live on ESPN: Is Esports Finally Ready for Its Crossover Moment?” asks the headline on Wired.com.
Gulp.

ESPN announced with Disney XD and Blizzard Entertainment an exclusive multi-year deal to televise live the Burbank-based Overwatch League — this is the one featuring eSports competitors — as it started with the league playoffs this week and upcoming weekend and go to Grand Finals from Brooklyn on July 27-28.
The league, which started in 2016, includes the Los Angeles Gladiators, owned by Rams owner Stan Kroenke and his son Josh. The Gladiators finished in first place.
Semifinals coverage will go on ESPNEWS (July 20, 4 p.m.) and ESPN2 (July 21, 4 p.m.) with the finals on ESPN (July 27, 4 p.m.), Disney XD and ESPN3 (July 28, 1:30 p.m.) and ESPN2 reair (July 28, 6 p.m.). ABC has a highlight recap on July 29 at noon.