Do new laundry logos and a re-varnished home court make a college basketball team look better, feel better and play better? At Long Beach State, it’s another statement of another new direction for coach Dan Monson, starting his 12th season here. There may be affirmation of the first two parts of that question, but probably a long ways to go to resolve that third part. First, the 49ers have a new-look home floor with the retro “LB” for center court instead of the swirly “The Beach” stuff. They’ve also got new uniforms that change the “A” in “Beach” into some sort of … arrow-pointing-up statement? And “The LBC” jerseys may be making some other sort of proclamation.
But then there’s the roster assembled by Monson, who took Gonzaga to the Elite Eight 20 seasons ago but has had back to back 49ers teams with 15-19 and 15-8 overall records, each 9-7 in the Big West, and hasn’t been to the NCAA Tournament since a 25-9 run in 2012.
In Sports Illustrated’s annual preseason ranking of all 353 teams, the 49ers are slotted at No. 234. That’s no better than Air Force, but a step above something called University of Texas-Rio Grande Valley (which we didn’t even know existed, in the WAC, and thrown off by the fact it calls itself “UT-RGV” when the first two initials might signify “Utah.”0.
The 49ers are slotted a deep sixth in the Big West behind experienced-deep UC Irvine (104) and defending tournament champ Cal State Fullerton (118), with room to maneuver if they pull something together in a usually tough pre-conference schedule.
Who votes on all that anyway? Where is the transparency? 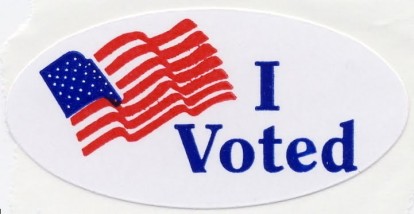 Which leads to Election Day Tuesday. Someone decided this Tuesday would be a great time to launch the college basketball season. The 49ers are wise. They will wait for the commotion to die down and then launch their 2018-19 campaign at UCLA (Pauley Pavilion, Friday at 8 p.m., Pac-12 Network).
Which leads us to the Bruins, No. 21 in that SI ranking, highest of any Southern California school, because of the presence of returning sophomores Kris Wilkes and Jaylen Hands for coach Steve Alford, starting his sixth season with a 117-57 career mark in Westwood thus far, without a conference title but three Sweet 16 appearances. UCLA just found out it will also be without – again – Cody Riley, who, if it’s not academic trouble or stealing sunglasses in China, it’s an injured jaw that will do him for a few weeks. Shareef O’Neal (Shaq’s kid), Tyger Campbell and Alex Olesinki are three others who were thought could contribute right away but are also injured.
USC (No. 48 SI ranking), trying to replace Jordan McLaughlin and Chimezie Metu, is expected to be the Bruins’ main challenger to the Pac-12 title under coach Andy Enfield (94-76 in five seasons, including 24-12 last season and second in the conference at 12-6 but failing to get an NCAA Tournament bid). Enfield’s biggest guns could be sophomore Chuck  O’Bannon Jr., and freshman Kevin Porter Jr., plus returning senior Bennie Boatwright and junior Nick Rakocevic.
Loyola Marymount (No. 174), Pepperdine (No. 215) and Cal State Northridge (No. 312) help fill out the SI list, but the Matadors get special mention with this comment: “Why, exactly, did Northridge hire Mark Gottfried again? The coach whose tactics have brought NC State into the scope of the FBI’s investigation into college basketball will have a long road to relevance with a team that finished alone in last in the Big West a year ago.” Don’t forget, Jim Harrick is one of his assistants.
Tuesday’s openers:
* UCLA vs. Purdue-Fort Wayne, at Pauley Pavilion, 6 p.m., Pac-12 Network
* USC vs. Robert Morris, at Galen Center, 8 p.m., Pac-12 Network
* Cal State Northridge vs. New Mexico, at the Matadome, 7 p.m.
* Loyola Marymount vs. Westcliff University, at Gersten Pavilion, 5 p.m.
Also this week:
* Long Beach State at UCLA (Pauley Pavilion, Friday at 8 p.m., Pac-12 Network).
* USC vs. Vanderbilt, at Galen Center, Sunday at 6 p.m., Pac-12 Network
* Long Beach State vs. Menlo College at the Walter Pyramid, Saturday at 4 p.m.
* Pepperdine vs. Cal State Dominguez Hills, at Firestone Fieldhouse, Wednesday at 7 p.m.
* Pepperdine vs. Cal State Northridge, at Firestone Fieldhouse, Saturday at 7 p.m.
* Loyola Marymount at UNLV, Saturday at 5 p.m.
Games of national interest:
Tuesday: Duke vs. Kentucky in Indianapolis, 6:30 p.m., ESPN; Michigan State vs. Kansas in Indianapolis, 4 p.m., ESPN
Sunday: Army at Duke, 10 a.m., ESPN

The previous two trips Pete Carroll made to the Coliseum wearing it as the Seattle Seahawks’ head coach have been somewhat memorable. In
In 2016, the Rams grinded out a 9-3 win on three Greg Zuerlein field goals – it was the Rams’ first game in L.A. in nearly 22 years, and Case Keenum was the quarterback. In 2017, the Seahawks pulled off a 16-10 win as the Rams turned the ball over five times, including a strip of Todd Gurley at the goal line to kill the Rams’ opening drive. The Rams were 3-1 coming into that contest and had been averaging 35 points a game.
The 8-1 Rams, coming off the heave-and-pray loss to the Saints in New Orleans, have the NFC West rival Seahawks this time (Sunday, 1:25 p.m., Channel 2) with memories of a tight 33-31 win in Seattle in Week 5 — where Sean McVay made a Carroll-like gutsy fourth-down call and less than a yard to go with 1:39 left— a Goff keeper — that effectively let the Rams run the clock out.
Meanwhile, the 6-2 Chargers, winners of five in a row after going to Seattle and registering a 25-17 win, reunited with the Raiders in Oakland (Sunday, 1 p.m., Channel 11). The Chargers already have logged a 26-10 win over the Raiders in Week 5 where Philip Rivers threw for 339 yards and a pair of TDs.
(And, yes, it’s odd that two NFC teams have a CBS broadcast, while two AFC teams have a Fox broadcast, but that’s this new art of cross flexing that … somehow, it all evens out).
To finish Week 9:
* Tennessee at Dallas, Monday at 5:15 p.m., ESPN
Also in Week 10:
* Carolina at Pittsburgh, Thursday at 5:20 p.m., Channel 11/NFL Network/Amazon Prime
* Dallas at Philadelphia, Sunday at 5:20 p.m., Channel 4

"We all let out a huge scream, all together, just let out a bunch of frustration."

After a stressful week, USC survived against Oregon State behind a dynamic offensive performance: https://t.co/BTIDSwjj8W

The Lakers/Magic Johnson/Luke Walton/LeBron James drama is already building. A 14-point loss (it wasn’t that close) to Toronto on Sunday night, coming off a four-point win (it was closer) in Portland, gave the Lakers some sense of a roller-coaster weekend. So what kind of Hollywood-like drama do the Minnesota T-Wolves bring to L.A. this week? With Jimmy Butler saga and a Derrick Rose redeption script. Butler says he will “let them know” whether he’s up for playing in back-to-back games after Minnesota’s 116-99 loss at Golden State on Friday. So, as both Butler and Rose sat out Minnesota’s 30-point loss in Portland on Sunday, who knows what’ll happen when the T-Wolves visit the Clippers on Monday at Staples Center (7:30 p.m., Prime Ticket).  Maybe they just drop one, or both, into the Clippers’ lap as a parting gift before they continue their road trip with another Staples Center visit with the Lakers (Wednesday, 7:30 p.m., Spectrum SportsNet, ESPN). Rose had that odd 50-point game in 41 minutes against Utah last Wednesday but hasn’t followed it up with anyone remotely special, battling ankle soreness. The 2011 NBA MVP is “still a superhero” according to LeBron James.
The rest of the Lakers week:
* At Sacramento, Saturday at 7 p.m., SSN
* At Staples Center vs. Atlanta, Sunday at 6:30 p.m., SSN
Also for the Clippers:
* At Portland, Thursday at 7 p.m., Prime Ticket
* At Staples Center vs. Milwaukee, Saturday at 12:30 p.m., Prime Ticket

What do you think about the Kings' decision to fire head coach John Stevens? Check out our discussion topic. https://t.co/6S4C54uv9a

Any other time, and maybe any other season, a Kings-Ducks Freeway Frozen Frenzy Folly might create more froth. Will this first of four meetings have any buzz when they meet up at Staples Center on Tuesday (7:30 p.m., Fox Sports West and Prime Ticket)? Maybe only because the Kings (4-8-1), last in the league in goals (28, vs. 45 allowed, for a minus-17) and tied with Florida with fewest points (9), have become the first to make a head coaching change. The Ducks (6-6-3, 15 points, 37 goals scored vs. 42 allowed and losers of a league-worst seven in a row before snapping that streak Sunday with an OT win against Columbus) really aren’t all that much better in a tightly-packed Pacific Division can can be flipped in a matter of weeks.
Oddly, the Kings and Ducks don’t meet again until March, 2019, where they then get in each other’s face in three of the Kings’ final 14 games.
Also this week for the Kings:
* At Staples Center vs. Minnesota, Thursday at 7:30 p.m., FSW
* At Staples Center vs. Calgary, Saturday at 7 p.m., FSW
Also this week for the Ducks:
* At Honda Center vs. Calgary, Wednesday at 7:30 p.m., NBCSN
* At Honda Center vs. Minnesota, Friday at 7 p.m., Prime Ticket 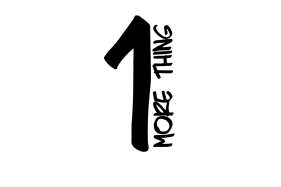 1 thought on “11.05.18: Five things you should plan for the week ahead based on unscientific evidence of guaranteed importance”