Only the four QBs have thrown multiple touchdown passes in each of the first 11 games to start a season:

Philip Rivers is 25-of-25, the most consecutive completions in one game in NFL history.

Your San Diego Chargers of Los Angeles (8-3), now a full game back in the AFC West and sporting a 4-1 road record, were supposed to play the Steelers in Pittsburgh in a Sunday morning game in Week 13. Things changed — NBC flexed it into a “Sunday Night Football” experience (5:20 p.m., Channel 4), so make sure you’re not at LAX too early to welcome the Chargers’ players back from their trip. Seems most important to send Philip Rivers in bubblewrap and make sure he’s not damaged in any travel situation at this stage.
Meanwhile, the Rams will have had almost two full weeks to rest, recover and reconcile the true meaning of their 54-51 win over Kansas City at the Coliseum on Nov. 12, which came with a convenient bye week attached to it, since the original plan was to allow players to relax through Thanksgiving week in case there were any cases of Montezuma’s Revenge from a trip to Mexico City. All clear. Picking things up for the last five weeks, the Rams (10-1) can lock up the NFC West in Week 13 with a trip to Detroit (Sunday, 10 a.m., Channel 11) in what hopefully doesn’t smell like Thanksgiving leftovers at Ford Field.
The end of Week 12:
* Tennessee at Houston, 5:15 p.m., ESPN
The rest of Week 13:
* New Orleans at Dallas, Thursday at 5:20 p.m., Channel 11/NFL Network/Amazon Prime
* Kansas City at Oakland, 1 p.m., Channel 2
*  Minnesota at New England, 1:25 p.m., Channel 11

It's not official, but it's pretty close.@NDFootball beats USC to finish a perfect 12-0 regular season.

The Irish have a 99% chance to reach the College Football Playoff per the Playoff Predictor. pic.twitter.com/qO9nT6V2xg

WAR OF WORDS
There have been conflicting reports regarding interest in the December 1 fight, which will take place at the 21,000 capacity Staples Cent… pic.twitter.com/GEjYw1OldV

Promoters of this Deontay Wilder-Tyson Fury matchup at Staples Center (Saturday, card starts at 6 p.m., Showtime PPV, $65) call it the “most important heavyweight fight in the United States since Lennox Lewis took on Mike Tyson in 2002.” We gotta take a quick look at that one: It was held in Memphis because Nevada wouldn’t give Tyson a license after a press conference brawl he had with Lewis and admitted to biting Lewis on his leg, giving him $335,000 in restitution. Ring Magazine voted it the “Event of the Year” before the fight even took place between Lewis, with the WBC, IBF and IBO title belts, against Tyson, who used to hold all those titles and more. Lewis knocked Tyson out in the eighth round. Both won $17.5 million. Ring Magazine also called it the “Knockout of the Year.” Now there’s this: the 6-foot-7 Wilder (40-1, 39 KOs) as the WBC heavyweight champ from Tuscaloosa, Ala., against the 6-foot-9 the “linear (WBA, IBF, WBO, IBO, Ring)” heavyweight champ Fury (27-0, 19 KOs), who, when he was born in England in 1988, was named after Mike Tyson by his father. Staples Center won out over Las Vegas and New York in bidding to have the fight venue. “I’ve  worked my ass off to get to this very point in my life and now I’m here,” said Wilder. “Right now is the biggest fight in the world in the heavyweight division and we’re going to L.A. to do this thing and bring out all the stars.”

.@DanWoikeSports wrote about how the Clippers knew they'd be in a lot of close games and have prepared accordingly https://t.co/oQ2YEVkp1y

Because this is the time we look forward to measuring up Southern California college basketball teams against each other, the most intriguing may turn out to be 7-0 Loyola Marymount’s trip to UCLA on Sunday (at Pauley Pavilion, 7 p.m., Pac-12 Network). The Lions are off to the best start in school history and includes some notable wins over Georgetown, UNLV and even a two-pointer over Central Connecticut with a couple of free throws with one second left. No. 17 UCLA comes into the week 4-2 after back-to-back losses to Michigan State at North Carolina in Las Vegas.
Other inter-sectional games in the region:
Long Beach State at USC, at Galen Center, Wednesday at 8 p.m., Pac-12 Network
Also this week for SoCal teams:
UCLA vs. Hawaii, Pauley Pavilion, Wednesday at 6 p.m., Pac-12 Network
USC vs. Nevada, Saturday at 1:30 p.m., Channel 11
Long Beach State at San Diego, Saturday at 7 p.m.
Cal State Northridge at Washington State, Tuesday at 8 p.m., Pac-12 Network
Cal State Northridge vs. Sacramento State at Matadome, Saturday at 7 p.m.
Loyola Marymount vs. Bethesda College, Thursday at 7 p.m.
Pepperdine vs. Idaho State at Firestone Fieldhouse, Monday at 7 p.m.
Pepperdine vs. Abilene Christian at Firestone Fieldhouse, Saturday at 5 p.m.
This week nationally:
Tuesday: Michigan State at Louisville, 4:30 p.m., ESPN; Indiana at Duke, 6:30 p.m., ESPN
Wednesday: North Carolina at Michigan, 6:30 p.m., ESPN
Saturday: Gonzaga at Creighton, 11 a.m., Channel 11; Stanford at Kansas, 2:30 p.m., ESPN 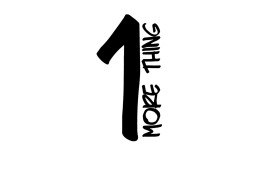 1 thought on “11.26.18: Five things you should plan for the week ahead based on unscientific evidence of guaranteed importance”