Christmas, twice in one week?
The Lakers’ trip to Oakland on Tuesday to face Golden State – a LeBron James Is In the Western Conference Now notice to the world that hasn’t been paying attention – has become the spotlight of a five-game Christmas Day NBA schedule (5 p.m., Channel 7).
Mike Breen, calling another Christmas Day game for the network, has already seen James in a Laker uniform a couple times this season on an ESPN telecast — his L.A. opener against Houston on Oct. 20 (which turned into an interesting fight toward the end) and his love-fest return to Cleveland on Nov. 21 (which turned out as an equally entertaining reception). What happens in Oakland?

“Because of the rivalry the previous four years (with James in Cleveland, in the NBA Finals against Golden State), it’s not just the same old guy wearing different colors,” said Breen. “To me right now, with these teams, there are fascinating possibilities. The Warriors aren’t playing  as well as we’d all thought (but leading the Western Conference). The Lakers, even with a recent skid, are playing better than most thought. So because this season isn’t necessarily going to plan, it’s going to make it real fun.”
And if that’s not enough, 36 games into the season, the first Lakers-Clippers matchup rolls in at Staples Center on Friday (7:30 p.m., Spectrum SportsNet and Prime Ticket, with the Lakers as the home team). The other three meetings: Jan. 31 (before both head out on a two-week long Grammy Awards road trip break), March 4 and April 5.
Also on Christmas Day:
* Milwaukee at New York, 9 a.m., ESPN
* Oklahoma City at Houston, noon, Channel 7
* Philadelphia at Boston, 2:30 p.m., Channel 7
* Portland at Utah, 7:30 p.m., ESPN
Also this week for the Lakers:
* At Sacramento, Thursday at 7 p.m., SSN
* At Staples Center vs. Sacramento, Sunday at 6 p.m., SSN
Also this week for the Clippers:
* At Staples Center vs. Sacramento, Wednesday at 7:30 p.m., Prime Ticket
* At Staples Center vs. San Antonio, Saturday at 7:30 p.m. Prime Ticket

ESPN.com has been running an important feature during the college football bowl season called “the most important takeaway for each bowl game.”  An important, on-going analysis on why things like UAB’s win over Northern Illinois in the Cheribundi Boca Raton Bowl really matters  going forward.
Not sure how much more important one can boil it down when it comes to this year’s Cotton Bowl and Orange Bowl – aka, the College Football Playoff semifinals. They land on a Saturday that isn’t New Year’s Eve or New Year’s Day. And the most important takeaway is a given: The winners advance to the national title game on Jan. 7 in Santa Clara, a place that has no fond memories for any Pac-12 school.
In the opener, Notre Dame against Clemson in the Cotton Bowl (at AT&T Stadium in Arlington, Tex., 1 p.m., ESPN, Sean McDonough, Todd Blackledge, Holly Rowe, Tom Rinaldi) puts the Irish’s 12-0 record to the test. During the course of the regular season that saw them change quarterbacks and survive a couple of scares, they defeated four teams ranked in the AP Top 25. But the opening 24-17 decision against No. 14 Michigan set the tone and put Brian Kelly on a path to be named the national coach of the year. Clemson, still, is favored by almost two touchdowns.
In the nightcap, Oklahoma vs. Alabama at the Orange Bowl (at Miami Gardens, Fla., 5 p.m., ESPN, Chris Fowler, Kirk Herbstreit, Maria Taylor, Laura Rutledge) brings us the top two finishers in the Heisman voting, with expectations that the Crimson Tide, at No. 1 from start to finish during its own 12-0 run, The Tide is a 14-point favorite to advance.
The rest of the bowl games of far less importance this week:
Wednesday:
* First Responder Bowl at the Cotton Bowl in Dallas: Boston College vs. Boise State, 10:30 a.m., ESPN
* Quick Lane Bowl in Detroit: Minnesota vs. Georgia Tech, 2:15 p.m., ESPN
* Cheez-It Bowl in Phoenix: Cal vs. TCU, 6 p.m., ESPN
Thursday:
* Independence Bowl in Shreveport, La.: Temple vs. Duke, 10:30 a.m., ESPN
* Pinstripe Bowl at Yankee Stadium in New York: Miami vs. Wisconsin, 2:15 p.m., ESPN
* Texas Bowl in Houston: Baylor vs. Vanderbilt, 6 p.m., ESPN
Friday:
* Music City Bowl in Nashville, Tenn.: Purdue vs. Auburn, 10:30 a.m., ESPN
* Camping World Bowl in Orlando, Fla.: West Virginia vs. Syracuse, 2:15 p.m., ESPN
* Alamo Bowl in San Antonio, Tex.: Iowa State vs. Washington State, 6 p.m., ESPN
Saturday:
* Peach Bowl at Atlanta: Florida vs. Michigan, 9 a.m., ESPN
* Belk Bowl in Charlotte, N.C.: South Carolina vs. Virginia, 9 a.m., Channel 7
* Arizona Bowl in Tucson, Ariz.: Arkansas State vs. Nevada, 10:15 a.m., CBSSN

When the weak-minded NFL people are celebrating what they believe to be a night without any football games on TV pic.twitter.com/pUX96Gq8Ic

UCLA was ranked a generous No. 21 in the AP preseason Top 25 poll. The Bruins shouldn’t feel fortunate to be heading into the Pac-12 Conference schedule hovering at the .500 mark with five losses, including three in a row.
“The Bruins may lead the nation in dribbling aimlessly around the perimeter,” radio play-by-play man Josh Lewin said at the end of the team’s 80-66 loss to Ohio State in Chicago last weekend.
Now it’s a time to give Liberty some sort of impressive showing at Pauley Pavilion (Saturday at 3 p.m., Pac-12 Network). Or, give them a dearth more of criticism.
Also in the last game before Pac-12 play:
* USC vs. UC Davis, Galen Center, Sunday at 6 p.m. Pac-12 Network
This is also the last warmup before the West Coast Conference begins:
* Loyola Marymount vs. UC Davis, Gersten Pavilion, Friday at 7 p.m.
Pepperdine has the week off
Also in Southern California:
* Long Beach State at Stanford, Saturday at 7:30 p.m., Pac-12 Network
* Cal State Northridge vs. Morgan State, at the Matadome, Saturday at 7 p.m.
Games of national interest:
Saturday: Kentucky at Louisville, 11 a.m., ESPN2; Princeton at Arizona State, 1 p.m., Pac-12 Net

There was a “Hockey Day SoCal” event last Jan. 13, to celebrate the growth of the game in Southern California.
We haven’t heard yet if it’ll happen again in 2018, but here’s one last shot – Saturday – where the Kings play host to Vegas at Staples Center (1 p.m., FSW) and the Dicks play host to Arizona at Honda Center (7 p.m., FSW).
How the week plays out:
* Kings vs. Arizona, Staples Center, Thursday at 7:30 p.m., FSW
* Ducks at San Jose, Thursday at 7:30 p.m., Prime Ticket 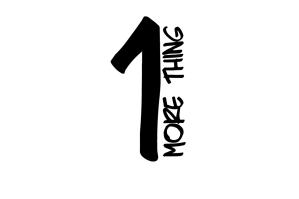 Also:
* Santa Anita’s 2018-’19 Winter/Spring meeting launches as usual on the day after Christmas – Wednesday – with the Grade I Malibu Stakes and La Brea Stakes. It runs through June 23, with first post at 12:30 p.m. on weekends and holidays and 1 p.m. on weekdays. The dates to note: the Santa Anita Handicap on March 9 and the Santa Anita Derby Day on April 6, a month before the Kentucky Derby.

1 thought on “12.24.18: Five things you should plan for the week ahead based on unscientific evidence of guaranteed importance”