LeBron James is out tonight due to "load management." 🤔

The NBA calendar marks two events Thursday that carry a different degree of importance, but none the less are tied together.
First, the trade deadline is at noon, Pacific Time. The chances seem to dwindle, if you’re reading tea leaves and #Wojbombs, that the Lakers and Pelicans reach some kind of understanding that sends Anthony Davis to Los Angeles in exchange for a somewhat depleted Lakers’ roster. (As an aside: How would L.A. deal with two relatively high-profile Anthony Davises in its midst? The former USC big man on campus from the ‘70s, meet the future Lakers’ big man of the ‘20s).
A few hours after that happens, Team LeBron and Team Giannis will determine the rosters for the Feb. 17 NBA All Star Game with a draft that this year will finally air on TV (TNT, 4 p.m.). It’s not clear if this exercise will have already taken place and we just get to see the results, or if there’s actually the drama of how one players gets picked (or snubbed) over another like a supersized playground draft. LeBron James and Giannis Antetokounmpo, the leading vote-getters from fans for the West and East teams, can pick 10 starters in the first round (from Stephen Curry, Joel Embiid, James Harden, Kevin Durant, Paul George, Kyrie Irving, Kawhi Leonard and Kemba Walker), 14 reserves in the second round (from Davis, plus LaMarcus Aldridge, Bradley Beal, , Blake Griffin, Nikola Jokic, Damian Lillard, Kyle Lowry, Khris Middleton, Victor Oladipo, Ben Simmons, Klay Thompson, Karl-Anthony Towns, Nikola Vucevic and Russell Westbrook) and then  either Dirk Nowitzki or Dwayne Wade in the third round (they are the two special additions). Former Laker (and current Net) D’Angelo Russell has been added to the pool to replace the injured Oladipo.
The somewhat intriguing aspect of this, of course, is if James gets to draft Davis, who is in the mix of additional players. Get your mock drafts ready, or prepare to mock how this thing comes out in real time.
As the Grammy trip continues:
This week for the Lakers:
At Indiana, Tuesday at 4 p.m., Spectrum SportsNet
At Boston, Thursday at 5 p.m., Spectrum SportsNet, TNT
At Philadelphia, Sunday at 12:30 p.m., Channel 7
This week for the Clippers:
At Charlotte, Tuesday at 4 p.m., Prime Ticket
At Indiana, Thursday at 4 p.m. Prime Ticket
At Boston, Saturday at 5 p.m., Prime Ticket

The storylines going into the NHRA 59th Winternationals at Pomona (Thursday through Sunday, with finals coverage on FS1 starting at 2 p.m.) start with Top Fuel champion Steve Torrence back at the track where he capped off his 2018 season. He won all six countdown races to the title a year ago, the first in NHRA history, for 11 wins on the season. His main competitors: Doug Kalitta (who won last year’s Winternational), Tony Schumacher, Antron Brown, Leah Pritchett and Brittany Force. In the Funny Car, J.R. Todd clinched his title at Pomona last season, the last of his six wins. Sixteen-time champion John Force returns with Robert Hight, Ron Capps and Shawn Langdon in full force. More info: www.NHRA.com.

Quick quiz: Can you name the four continents represented in the ISU Four Continents Figure Skating Championships, which run Thursday through Sunday at the Honda Center in Anaheim?
The Americas count as one. Then there’s Asia, Africa and … of course, Oceania. That means we’ve got the best from the U.S., Canada, China and Japan. Oceania? That region takes Australia, Micronesia … Geography lesson done.
Based on the U.S. championships that ran last month in Detroit, Team America has Mariah Bell, Ting Cui and Bradie Tennell for the women’s side, and Jason Brown, Tomoki Hiwatashi and Vincent Zhou for the men.
More info: www.2019fourcontinents.com
and www.hondacenter.com/events 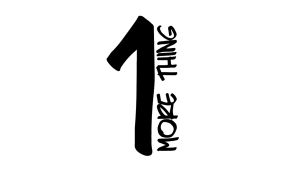 A week before the PGA Tour comes to Riviera Country Club, it stops over at the Pebble Beach AT&T Pro Am (Thursday-Sunday, Golf Channel, Channel 2).

1 thought on “02.04.19: Five things you should plan for the week ahead based on unscientific evidence of guaranteed importance”