The links:
At the publishers website, at Amazon.com; at BarnesAndNoble.com; at Powells.com. OK, we will add Target.com.

We’ve reached the Angels’ home opener, six games into to already sputtering beginning.
What compels one to come out to the park or park in front of the TV?
Mike Trout? Sure.
Shohei Ohtani? Some may still not be up to speed on his current status.
A year and a day ago, he hit his first MLB home run. The 24-year-old ended up 4-2 with a 3.31 ERA in 10 starts as a pitcher and played 104 games, hitting .285 with 22 homers and 61 RBIs.
Today, he’s recovering from Tommy John surgery (undergone Oct. 1), unable to pitch at all this season, but hoping to get back into becoming a DH in May.
With that, a book about Ohtani’s heralded arrival in L.A. falls a bit flat if you’re trying to generate a narrative about a modern-day Babe Ruth with a background that could ignite a whole other form of Fernandomania in Southern California.

We’re not sure what’s more impressive about this rather less-than-meaty book produced by the San Diego-based author who has done pieces before on the Rams and on the Chargers – that he got it polished off in time to be in stores two months after Ohtani’s rookie season ended, or there was a way to accumulate a very decent array of  cover endorsements from writers and managers, and procure a forward from Angels broadcaster Mark Langston, considering how little time they could have had to scan the finished manuscript and offer such glowing praise.
For USA Today’s Bob Nightengale to say Paris “provided us with all of the juicy details” in a “must-read book,” or for Yahoo Sports’ Tim Brown to say Paris has “an eye for detail and a knack of storytelling” reinforces that it’s nice to still have friends in important places. Same goes for blurbs offered by Padres manager Andy Green, Giants manager Bruce Bochy, Rockies manager Bud Black …
Because at the heart of the matter is, in a rather dash-it-out attempt to tell the tale of an injury-interrupted season, the fact that Ohitani was handed the American League Rookie of the Year award on Nov. 12 isn’t included here. The book was out at the end of that month. 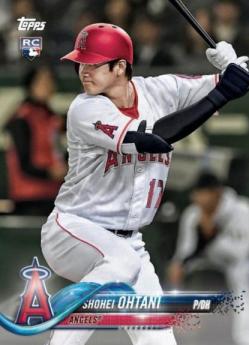 Paris admits in the acknowledgements that he relied heavily on the “tireless efforts of other journalists, and their work was used in researching and writing this book,” including prose previously produced by said Nightengale, Brown, etc. Deadlines put here by the publisher did him no favors.

This is divided into 14 chapters, but it’s somewhat deceiving in that first eight are the cursory intro to the season covering pages 1-35. From there, Chapters 9-14 are the final 100 pages of a daily diary of what Ohtani did from his first at-bat on March 29 to his final hit on Sept. 30, with all the highs and lows in between that included missing almost a month with an elbow injury.
There is no real insight or perspective if you already saw or read about it as it happened. No real updated reflections.
If there’s any real news between the end of the book and the start of this season it’s that the Angels gave Ohtani a very modest salary raise above the MLB minimum. It’s still a business, no matter how popular one becomes.
Perhaps the book can be summed up in a quote by outgoing manager Mike Scioscia, who is quoted as telling ESPN: “I won’t say he has exceeded anything. He’s capable of doing everything we’ve seen him do on the field.”
Scioscia didn’t oversell anything here. The book, however, comes off as underwhelming review that surely we could have re-read with a simple Google search and an L.A. Times subscription.
If there is an opportunity some day to have Ohtani sign a copy of it — did he endorse it at all? — maybe there’s some value in that.

A guy can’t strike himself out, now can he? Maybe Ohtani will figure out a way to make his pitching/hitting career do that in some virtual reality.
This is a story that will take some time. If it’s meant to be on the young adult section, to get kids interested in reading, go for it. But this needs more months and seasons to brew.
Actually, this month, the Angels offer stadium giveaways of an Ohtani blanket (April 19, vs. Seattle) and an Ohtani Rookie of the Year sweatshirt (April 30, vs. Toronto), followed by an Ohtani bobblelead (July 16). Or, spend $24.99 and get this sure-to-be obscure thing that will get tossed aside in the years to come: A printed Ohtani signature on half of a baseball that that operates as a beer bottle opener. Doitashimashite. 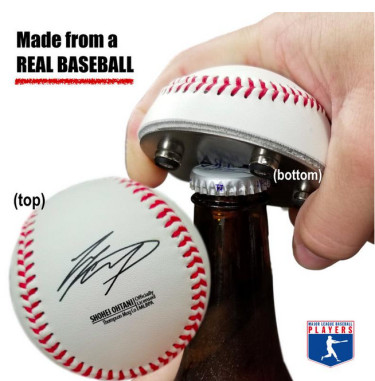