The author and illustrator:
Jason Novak (who would rather take credit on the cover, right, for doing “words and pictures”)

Is it true that Ping Bodie, once a Yankees teammate of Babe Ruth, “once won a spaghetti-eating contest against an ostrich” and “was also kicked out of a movie theater for disruptive laughter during a drama”?
Draw your own conclusions.
Novak, a cartoonist based on Oakland whose work has appeared in the Paris Review and New Yorker, was inspired to put this project to paper a when he came across Jimmy Claxton’s story while reading about the Oakland Oaks of the old Pacific Coast League.

For the book, Novak’s mini-bio about Claxton (illustration left) says that he “broke the color line by registering as an ‘American Indian’ … but was booted when a spectator in the bleachers recognized him as a black player.”
“It made me wonder how many other forgotten milestones there were from the early days of baseball,” Novak continued.
Novak also related to a nugget about Albert “Chief” Bender, “whose family — like mine in his day — was a mix of European immigrants and American Indians. But while my great-grandfather was raised to be reticent about his heritage, Albert Bender was proudly and defiantly rubbing it in the faces of his detractors.”
So the Bender entry explains that Bender, “who was Chippewa, endured relentless taunts, insults and war whoops from the bleachers, but would circle the stadium following a victory and yell, ‘Foreigners! Foreigners!”
“I admire him for taking the hard and dangerous path at a time when many American Indians were denied rights as basic as citizenship,” adds Novak.
Very interesting. But is any of this accurate? 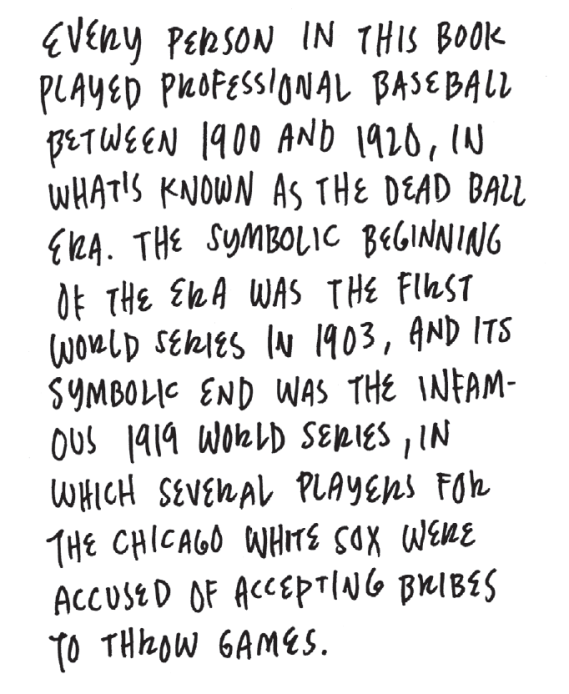 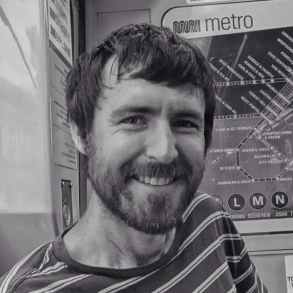 “Some information relies on oral accounts told years later. It’s inevitable that some of these stories were embellished in the retelling. But apart from rescuing the stories of these players from obscurity, I also wanted to capture the spirit and mind-set of the age. In the few instances where an oral account had the flavor of a tall tale, I decided to give my elders the benefit of the doubt.”
With that, he lists 12 references of material, including the 2003 “The Baseball Necrology: The Post-Baseball Lives and Deaths of More than 7,600 Major League Players and Others,” by Bill Lee (not the former Red Sox pitcher). Lawrence S. Ritter’s “The Glory of Their Times” and the Society for American Baseball Resarch’s “Deadball Stars” series of the National and American Leagues are also there.

Circling back to what really has us amused isn’t, of course, the stories of racial hardship in trying to play a game controlled and filled with white players.
Tales of a bygone time are brought to a modern swipe-right storytelling process by an illustrator who matches up Twitter-sized folklore with his own cave drawings. We’re left with a Schadenfreude spit-take of history, tying to suppress a laugh on how a Dead Ball Era player actually, in some cases, were found dead.
Such as:

“Country Brown, a prankster in the Negro Leagues known to sometimes bat on his knees, was killed in a fight with his brother-in-law on Christmas Day.”

“Bill Cunningham died of a heart attack after catching a twenty-eight-pound salmon in the Sacramento River.”

“Germany Schaekek would sometimes take the field wearing rain gear in an attempt to have the game declared a rainout. Long stricken with tuberculosis, Schaefer coughed himself to death on a train in upstate New York.”

“Chick Stahl drank a lethal dose of carbolic acid. A year later, his widow was found dead in the doorway of a tenement under mysterious circumstances.”

Jim Thorpe, Christy Mathewson, Honus Wagner, Branch Rickey, Rube Waddell, Miller Huggins and Shoeless Joe Jackson are among those with complicated, often-troubled lives. Novak charms them up with his simplistic approach, really not having to do much more than mention others like One-Wing Maddox, Benny Kauff, Candy LaChance, Boss Schmidt, Jim Bluejacket and Ossee Schreckengost.

The entertainment world has a few related entries:

“Mike Donlin, hotheaded bon vivant, split his time in baseball with the vaudeville stage, until drinking ended his playing career entirely. Movie appearances alongside Buster Keaton and John Barrymore failed to pay for his lavish lifestyle and Donlin was still talking about a baseball comeback shortly before his fatal heart attack.”

“Pinch Thomas left baseball for Hollywood, working as an assistant director and appearing as himself on screen. By the end of his life, Thomas was living in a rooming house and suffered from psychosis.”

Even then, things don’t always have a Hollywood ending.

Over at the Paris Review, cartoonist Jason Novak provides select cartoons from his new book 'Et Tu, Brute?' which illustrates the famous (and infamous) deaths of various Roman emperors. Here are just a few! https://t.co/ZRqp5tMDcL

Novak has experience in trying to determine if/when death can come with humor. A previous book, “Et Tu, Brute? Deaths of the Roman Emperors” (Norton; $16.95) is all about how everyone from Augustus in 14 A.D. to Romulus Augustulus ended up on the wrong side of their history.
Surmising his own death someday, Novak once told an audience in a bookstore after a presentation: “Probably prolonged exposure to India ink.”

It’s worth noting that Coffee House Press explains itself as something that “began as a small letterpress operation in 1972 and has grown into an internationally renowned nonprofit publisher of literary fiction, essay, poetry, and other work that doesn’t fit neatly into genre categories.”
Its mission statement: “Literature is not the same thing as publishing.”

As such, “Epic Baseball” literally really doesn’t fit anywhere in the literary world except as a place that explains how art can be just about anyone one wants it to be.