“Swing Kings: The Inside Story of
Baseball’s Home Run Revolution” 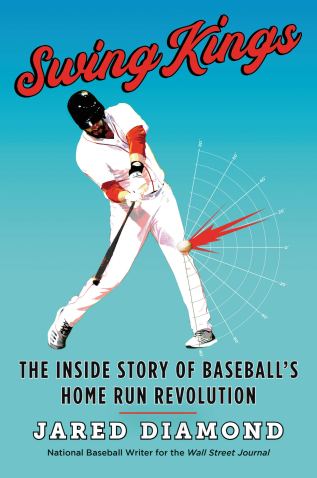 The links:
At the publisher’s website
At Amazon.com
At BarnesAndNoble.com
At Powells.com
At IndieBound.org
At the author’s WSJ home base.

Craig Wallenbrock … where have we heard that name?

That would be Wallenbrock, whom Verducci would later refer to in the story as the “Oracle of Santa Clarita.”

Bat path and subsequent launch angle should be determined by… pic.twitter.com/1tT0h1c0fp

You can hang more than 10 Southern California angles on him. Once the hitting coach for Art Masmanian at Mt. San Antonio College. A guy who Dodgers special assistant and former MLB standout Raul Ibanez persuaded the team to hire as a consultant in 2016, and immediately sent Chris Taylor to work with. Taylor then connects with Robert Van Scoyoc, who would become the team’s hitting coach in the dugout. (The same Van Scoyoc who went 1-for-10 as a senior at Hart High in Newhall in 2005.)

That’s how the pages of this go up and down like the Dodger Stadium escalator between the field level and press box.

Through Wallenbroch came Doug Latta, a former Fairfax High guy from UCLA and Cal Lutheran who had a batting cage in Calabasas. That’s where Justin Turner came upon Latta, thanks to former Mets teammate Marlon Byrd, who stumbled onto him first.

Before swinging from the heels to take in all that’s in this compilation by the Wall Street Journal scribe Diamond, you need to get the visual on pages viii, which is pre-prologue and introduction and subsequent 16 chapters. The chart of the “Swing Kings Family Trees” looks like the Swiss Family Robinson of baseball, with who begat whom, what  influenced what, and how it all whiffs together into what we have created in today’s game — a repurposed attack at the plate that, simply put, involves more of a upper cut than chopping down at a pitched ball.

The results can’t be denied.

“Of the five seasons that have seen the most total home runs in major league history, four were the 2016 to 2019 seasons,” Diamond writes. “There has been no indication that 2020 will be any different.”

Of course, it will be different. If the season ever gets underway. 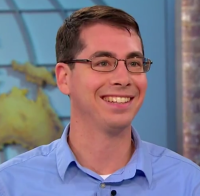 What Diamond gives us here is a compilation of where and why the game has changed, what precipitated the new thinking and how it changed the plan of attack for hitters who may never thought they were going to get any better than their baseball cards showed them to be.

Players can improve their game at the Major League level — it’s not a place for those who’ve reached their zenith. With new swing philosophies, new technology to help, new facilities to advance theories, this where we are in the game’s evolution — on top of how defensive shifts have come into play, pitching outlooks have adjusted and why it takes more data now than ever to complicate the process.

And Diamond even goes back into history, with MLB historian John Thorn, to look at the influence someone like Babe Ruth and Ted Williams once had with the same sort of thinking about how to approach a ball coming at you with a piece of wood as your only means to redirect it.

Swinging from the heels, it could have easily been a strikeout. Get into the box and swing too hard doesn’t work. This avoids all that and is more contemplative and explanative in its reader-friendly execution.

There has been enough done about this phenomenon over the last few years by the daily beat writers for major media companies – Diamond included, as this book was fleshed out from a 2017 story he did for the WJS in spring training. Those 1,100 words became this hardbound keepsake. But like many stories, there’s more behind it, and it’s a neat peek to see even more depth and context — what’s the past, and where is the future, not just a probe of the present. 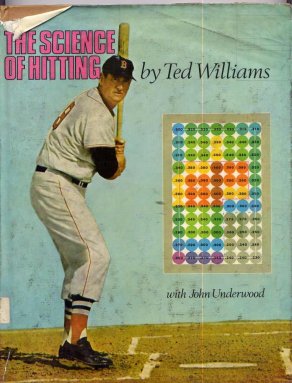 Beyond other documentation, like Verducci’s piece, this really does go back to Ted Williams’ 1971 intuitive keepsake “The Science of Hitting” book, with John Underwood. Williams was all about swinging up on the ball, by about 10 degrees, to offset the fact pitchers were throwing from an elevated mound, and by definition, had an advantage of throwing down at a batter.

He tried to get that across to his players when he spent a few years managing in Washington and Texas. Some listened. Many couldn’t reprogram their approach that they feel got them this far, so why change?

So maybe it takes a new way of looking at it to make it not just fresh but also pertinent. Such as on page 78, when Diamond brings in a December, 2019 MLB-commissioned study by Alan Nathan at the University of Illinois. His conclusion that wind resistance on the current baseballs was responsible for about 60 percent of the spike in home runs. The other 40 percent was attributed to “a change in player behavior” — how the batter swings. 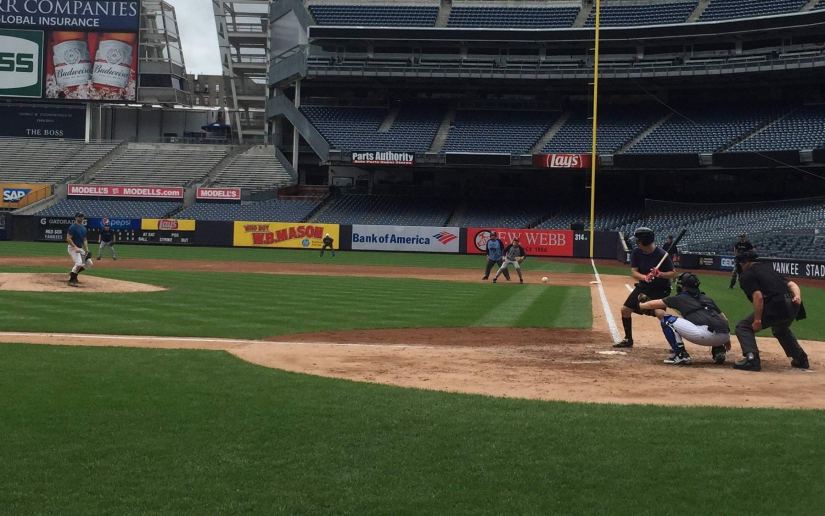 Diamond gets good wood and barrels up with all this — and manages to include his own attempts at this in the process. He could apply this thinking to himself as a 15-year-old in high school, having one phenomenal day at the plate he still can’t explain, but then gets to revisit during a media game at Yankee Stadium in 2019 (above). What happens? We’ll let you discover it.

Because when you can feel the results first hand, and make it personal, the story resonates even more. You’ll want to head out to a batting cage as soon as you put the book down.

Proof that I played baseball once upon a time. pic.twitter.com/aMZvehdKji

So what’s next? Plans for Pluto …

Look at the video in this thread . This is not the typical 'Oh wow that's new " comment. This is full nuts and crazy to get this type near any hitter let alone minor league hitters. Wake up . A lot of great baseball writers who know this is nuts. Game needs a re set and fast https://t.co/9vjobfv4KS

The mother of invention: The PBBClub.com

More to chop up

Thanks to everyone for making the SWING KINGS launch as amazing as it possibly could be under these crazy circumstances. I appreciate all of you and hope you’ll consider buying it. It makes for a good social distancing activity!

Thanks so much to @sportwritertodd for this awesome story about SWING KINGS, my career and my decidedly mediocre amateur baseball career! https://t.co/aFUoPsUgue

Did you miss the SWING KINGS VIRTUAL EVENT on Zoom today?

Well, you're in luck: We recorded it, and you can see @benreiter and I chop it up about my book WHENEVER YOU WANT!https://t.co/c2qX8vm40w

1 thought on “Day 8 of (at least) 30 baseball book reviews for spring/summer 2020: How to get into the swing of things? Drop and drive with this Diamond gem”