I Should Have Quit This Morning:
Adventures in Minor League Baseball

The links:
At Amazon.com
At Indiebound.org

Reaching back to a review a baseball book more than a year old usually strays from our mission to just review “new” publications. Yet having stumbled upon this during research for another project, we couldn’t help but fish it out of the stream, dry it off, and hold it up to the sunlight.

Here’s the mother of three boys who played baseball at Stanford, which means, in her lifetime, she watched “more than 2,100 baseball games – and stopped counting when two of them made it into the professional ranks.”

For the next four years, she kept hearing their stories – humorous, heartbreaking, soul-searching. Capturing the stories of 28 players she knew based on their time with her sons – a couple who went onto some MLB notoriety – Diekroeger said she decided it was the right time to “document and share those experiences with anyone who considers themselves a fan of baseball.”

Diekroeger, who degrees from Dartmouth and Stanford, lives with her husband in the small San Francisco Peninsula town of Woodside. 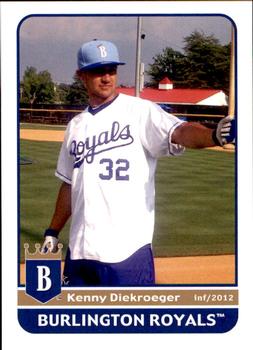 == Kenny, 29, who has his own Stanford BA and MBA in management science and engineering, works in the financial world these days after logging four seasons in the minor leagues as a second baseman. The Kansas City Royals’ fourth-round pick in 2012 – he was also a second-round pick by Tampa Bay in 2009 but passed on a $2 million bonus, opting for college – reached Triple A Omaha in 2015.

At Stanford, the 2010 Pac-10 Freshman of the Year was once considered a No. 1 overall draft prospect during his high school days.

== Danny, 28, became the Stanford shortstop and was the double-play combo with his older brother for awhile. Danny was a 10th round pick by St. Louis in 2014. His three-year, four-team trip through the minors ended in 2017, getting as high as Double-A level. With a computer science BA and Masters, his LinkedIn bio has him as a software engineer with a cryptocurrency firm.

== Mikey, 24, followed his brothers to Stanford and played third base from 2015-17. He may have been the wisest, never going into a pro attempt.

When you hit .588 in a week people take notice. Mikey Diekroeger is the #GoStanford Student-Athlete of the Week – http://t.co/ZIQZc4VWTn

All and all, the kids were all right, enjoyed playing, then were smart enough to see a greater future in the money-making world elsewhere.

But the stories they, and their teammates, could tell. About the draft, their first contracts, getting moved up the chain, getting moved down, what bizarre things they ate, weather delays, playing through injuries, crazy in-game promotions, how they traveled, where they slept …

Yup, first-hand accounts, no holding back. 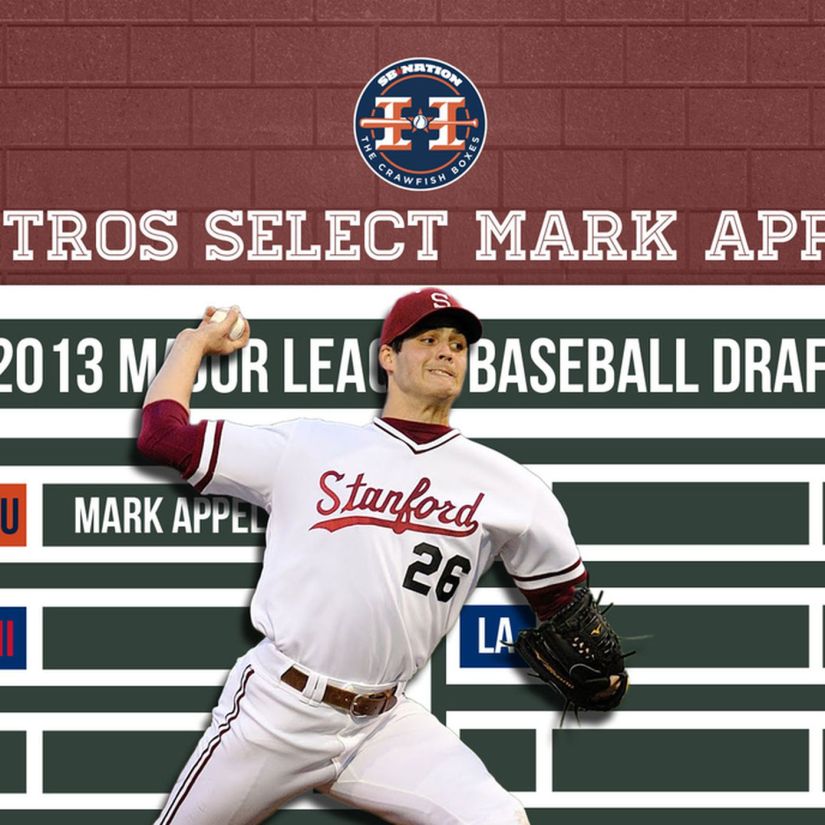 From just the circle of players she knew, they ranged from first-round picks – like Mark Appel out of Stanford, in 2013, No. 1 overall choice by Houston, out of the game by ’17 at age 26 — to choices in the 47th round. Some never got out of rookie ball. A couple reached the majors, like Giants fourth-year outfielder Austin Slater, Reds third-year infielder Alex Blandino and Athletics sixth-year outfielder Stephen Piscotty.

Watch Stephen Piscotty’s emotional and memorable return to the diamond at Fenway Park tonight at 8 PM on NBC Sports California!

Piscotty, you may recall, came up with the Cardinals, but they traded him to Oakland in Dec., 2017 to allow him to be closer to his mother battling ALS. She died in May, 2018, and in Piscotty’s first game back after bereavement leave, he hit a home run. He won the Tony Conigliaro Award given to the MLB player who best “overcomes an obstacle and adversity through the attributes of spirit, determination and courage.”

One prospect was outfielder Austin Wilson, a prep All-American at Harvard-Westlake projected as a 2010 first-round pick before he went to Stanford. He eventually went in the second round of the 2013 draft to Seattle, spent five years in the minors and never reached the MLB level.

There’s even on in the group who went to the NFL – Tyler Gaffney, the former Stanford running back who played in two Super Bowls with New England, then went back to minor-league baseball in his late 20s.

They witnessed things that perhaps shouldn’t be discussed.

The game stops in the middle of the seventh inning. Monkeys riding atop dogs like some kind of bucking bronco come tearing out from center field. They run around the field. Their ringleader gets on the mike in his Southern drawl and says: “Ah just want to say thank you to all you fans, if any of you have a dream, you can accomplish it. Ah had a dream for Cowboy Monkey Rodeo and bringin’ all this entertainment to y’all, and now I’m livin’ that dream. You can accomplish anythin’ you set your mind to. Thank you and God bless you.”

“Everyone went wild,” Danny continues. “The players were just standing there completely in awe of what just happened, and then we had to finish the game. And probably most of the people at that point left the stadium because they had come to see Cowboy Monkey Rodeo and they walked out after that.”

Kathy Diekroeger notes that promotion isn’t making the rounds much any more since PETA started alleging that it was displaying cruelty to animals.

But cruelty to players, especially on long bus trips, is more often tolerated to some degrees of insanity to hilarity.

Page 202: “Interesting things happen when you put a team of 25 guys on a bus,” Diekroeger writes.

Like bus drivers who disappear. Players who update their Tinder profiles when they pull into a new city. When the team trainer loses a trunk of supplies out the back door, betting money and challenging teammates to do a “perfect stand” through a nine-hour trip, exchanging melatonin theories, sleeping on blow-up pool toys to simulate a mattress …

“Being able to sleep on the ground under a seat was considered a hotel suite,” one said.

And it takes a toll.

“Getting released was actually a freeing experience,” says Danny Diekoreger. “It was nice to be able to close the book on a great career and I immediately started getting excited about other things that were ahead in life. I had some great times … I’m glad I took the chance to pursue a childhood dream.”

1/ “Crossing the Chasm” and Bitcoin

Bitcoin finds itself at a critical point in time – can it “cross the chasm” into more mainstream success? I’d argue the chances are good, and that the risk/return profile of bitcoin is unparalleled in the current environment. pic.twitter.com/JV9KP1cSYj

Gaffney, who did four years in the NFL before going back to join the Pirates as their Double-A level, finally retired in February, 2019.

“I’m looking for a better quality of life,” he said as to what he told the team. “They tried to convince me to stay and then they accepted it. It was different when I was 21 … Sometimes you have to go through some trials and tribulations to truly appreciate what’s going on. I’m glad to be where I’m at.”

Gaffney’s back in San Diego with his wife and two small boys. Look him up. He’s selling real estate.

A few years back, we came upon a story called “Why I Quit Major League Baseball,” by Adrian Cardenas, who, at 24, had enough of the game. He was a rookie with the Chicago Cubs, debuting in 2012.

He wrote about how he recalled his years in the minor-leagues with a warm smile: “The twelve-hour bus rides spent trying to fall asleep on a foam egg crate on the floor only to be thwarted by the bus breaking down (and, once, catching fire), or by the aspiring singer, rapper, or guitarist who thought it best to practice while others slept, or—worst of all—by the thick stream of dip juice from a failed attempt at spitting into the garbage. But my teammates weren’t the only reason I couldn’t fall asleep. Sometimes I stayed awake because I liked the sounds of the tires rolling as the driver steered, at questionable speeds, through California, Oregon, Nevada, Kentucky, Nebraska—the whole country, really. I liked the feeling that came to me in the middle of the night, a haughty confidence that the players on this bus—my brothers and me—were the only people awake in the world.

“When you lose yourself in the game, as you must, it’s all too easy to lose your sense of home. It didn’t take long for me to see how it happens, as I became friends with players and heard about the relationships and marriages that broke up, the relatives and close friends who faded from view, the parents or grandparents whose funerals were missed because of an expected call up to the majors. Sometimes I’d stay awake through the night, almost laughing to myself, mentally weighing the small fraction of success against the overshadowing personal and professional failure that comes with being a ballplayer.”

He was in love with baseball, but he quit, unable to find balance as he tried to continue his college education. He couldn’t reconcile how the game was a business, “and I saw less of myself in the game every time I got a check.” Cardenas got a degree in creative writing and philosophy from NYU.

It seems those who are smart enough realize this. It shouldn’t take a Stanford grad to figure out that, while baseball is a game, it’s a grinding business that depends on players to make the owners wealthy and entertain the paying fans. 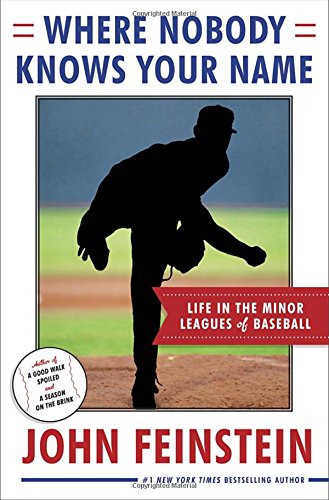 The stories here support that premise, and then some. It’s the stuff they make movie scripts (“Bull Durham”) as well as becoming well-read books (“A False Spring,” by Pat Jordan; “Where Nobody Knows Your Name: Life in the Minor Leagues of Baseball,” by John Feinstein; “Stolen Season: A Journey Through America and Baseball’s Minor Leagues,” by David Lamb, “The Bullpen Gospels: Major League Drams of a Minor League Veteran,” by Dirk Hayhurst or “Odd Man Out: A Year On the Mound with a Minor League Misfit” by Angels pitching prospect Matt McCarthy.)

These are the kind of books, modernized but with familiar stories, that should be mandatory reading by any athlete in high school considering the benefits of college versus the idea of jumping into pro baseball and beyond.

And truth is always more entertaining that fiction. So keep them coming.

Want to learn a humanistic viewpoint on the MLB Draft? Pick up “I Should Have Quit This Morning” by Kathy Diekroeger, Mother of 3 Stanford players who were drafted and played in Minors. Stories from top and not so top drafted players. College players and parents should read. pic.twitter.com/02YzflWDTl

2 thoughts on “Extra inning baseball book reviews for 2020: The sequel to ‘My Three Sons’ in a non-major way … and it isn’t their first Cowboy Monkey Rodeo”