The book: “Fairly at Bat: My 50 years in baseball, from the batter’s box to the broadcast booth”
The author: Ron Fairly with Steve Springer
How to find it: Back Story Publishing, LLC, 214 pages, $13.99, released Feb. 1.
The links: At Amazon.com, at the publishers website. 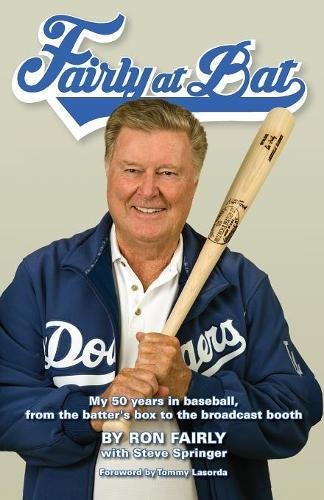 A review in 90-feet or less: We were fairly certain that a book by Ron Fairly about his playing and broadcasting life in baseball, in the hands of  Steve Springer’s keyboard, would not go afoul.
To no surprise, it didn’t.
All expectations were met, and probably moreso, when you consider the 50-year span Fairly had in the game – 20 as a player starting with the Dodgers and ending with the Angels,  and 30 more as a broadcaster before his official retirement in 2016 — provided plenty of material to cull from. All it needed was some time to flesh out and organize and, viola, a book.
“The worst day in a baseball uniform was better than the best day I could have had in any other career,” Fairly writes at the end to tie things up, recapping a baseball life that started with a father who played professionally (11 years in the minor leagues), growing up in Long Beach, attending USC (turning down a UCLA basketball scholarship offer from John Wooden) and winning a College World Series title, then signing with the Dodgers the year they moved to L.A. in 1958 so he would stay home.
His first homer and his last came exactly 20 years apart, late in September of the ’58 and ’78 seasons, with the Angels in Anaheim, and he takes up Gene Autry on a job offer to join Don Drysdale and Dick Enberg in the broadcast booth.
How could anyone’s career be laid out so perfectly cool? 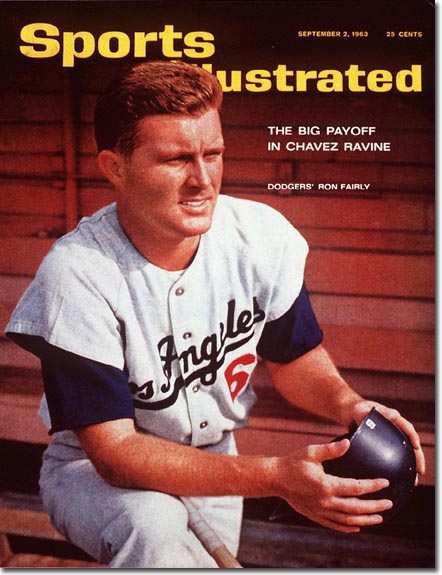 Fairly’s stories that involve his Zelig-like career are one thing, but recounting his time with people like Ted Williams, Duke Snider, Drysdale, Sandy Koufax, Walter Alston, Gil Hodges, Preston Gomez, Bob Gibson, Gene Mauch, Charlie O. Finley, and even the priceless moments in the booth with Phil Harris during the Angels’ spring training in Palm Springs, are unexpected gold.
The revelations aren’t going to knock you out of your first-base loge seat, but they are delivered as  folksy and down home as one would expect from Fairly.
And they he’ll buckle your knees with a curve ball that you didn’t see coming, like from page 85:
“(In 1962, midway through spring training), the team took its annual trip to Miami. Duke Snider and I had a room next to one of our pitchers.
“One night, Duke and I were in our room around 9 or 10, watching television, when there was a knock on the door connecting the two rooms.
“I opened it and there was the pitcher standing in his underwear. One look told me that he had obviously had too much to drink. Standing behind him was a violin player wearing a tuxedo and behind him was a hooker getting undressed.
“The pitcher asked if we could take care of his valuables. He handed me his wallet, watch and money clip, and told me he’d get them in the morning. I took the valuables, nodded and shut our side of the door.
“Duke and I soon heard the sound of the violin. The music was pleasant and romantic, but it only lasted a few minutes. Then, silence.
“We watched television for a while until Duke said, ‘I think we should check to see if he’s OK.’
“Quietly, we unlocked the door, poked our heads in, and the pitcher was on the floor passed out. We craned our necks around to see inside the room. The violin player was in bed with the hooker.”
Take your guess on who that pitcher might be. Fairly isn’t telling. We’ll guess anyway. 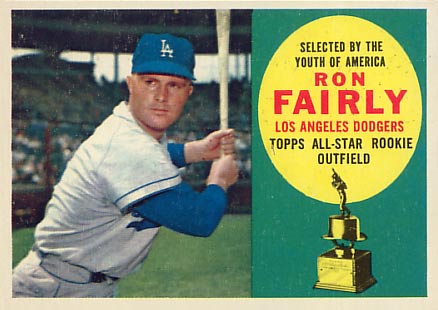 The dynamics of a turbulent time of the 1960s isn’t glossed over. It starts with just having just won a World Series with the Dodgers in ’59 at the Coliseum, and Fairly had to report for six months of active duty in the Army. His platoon leader was a diehard Chicago White Sox fan. Guess how that went?
As an on-the-field part of so many times in Dodgers history during that time – Koufax no-hitters, Drysdale scoreless streaks, and World Series appearances – Fairly was the red-headed, left-handed right fielder and first baseman who connected it all. Once the Dodgers decided to ship him off, Fairly became one of the few who played with both Canadian teams in their time of early expansion, and made the All-Star Game in each case (maybe he was mistaken for the late Rusty Staub) and then had memorable encounters with some of the game’s biggest names along a path to Montreal, St. Louis, Toronto, Oakland and finally back to Anaheim.
He was even reliable enough to try to steal a base when Vin Scully signaled for it from the Dodger Stadium press box, despite being exhausted from the night before having his son in the ER with an asthmatic attack.
It happened. On pages 122-123. Look it up.

How it goes down in the scorebook: A clutch double to right field to knock in a run that Tommy Davis somehow missed.

Did you know: From 1946 to 1982, over a 57-year span in Dodger history, only three players wore No. 6 – Carl Furillo, Fairly (who replaced Furillo in right field), and Steve Garvey.
“It bothers me when it’s (now) given to a Dodger who is not a good hitter,” Fairly writes. “I’ll bet if you as (Garvey) he’ll say the same thing.”
The number went dormant for more than 20 years after Garvey left, perhaps the thought it would someday soon be retired. But since 2003, nine have worn it, including Curtis Granderson last season.

Also:
* Fairly will be appearing at the April 28 KDB Sports Fest in Pico Rivera to sign his book. More info. It runs from noon to 6 p.m. at the Iguana’s Bar with a viewing party of the Dodgers-Giants game with Stan Williams, Jay Johnstone and Tim Leary.
* A story on Fairly from the Palm Desert Sun in 2015.
* An excerpt of the book from HistoricDodgertown.com