We can count on one hand the number of times we’ve successfully planned our week ahead and nothing fell through the cracks to derail it somehow. Consider this a helpful reminder that doesn’t involve someone asking why you’ve tied a stupid string around your finger:

The Dodgers have a promotion Monday night (7 p.m. game vs. Colorado) they’re calling One Dollar Dodger Dogs – part of the 60th anniversary of being in L.A. Here’s a story about the dog’s history by team historian Mark Langill.
There are, of course, limits to any promotion — just five Dodger Dogs per transaction here. So get back in line, Joey Chestnut.
It brings up the fact that the NFL’s Atlanta Falcons recently discovered the more you drop the prices on concession stand items, the more people buy – and don’t feel guilty about not finishing them. Think about that, Dodgers’ decision makers, as you take this to the next level and raise the prices back to the $6.50 range.
A better deal, from purely a dollar standpoint, would be to purchase a $45 seat in the Right Field Pavilion and eat all the Dodger Dogs (plus nachos, popcorn, peanuts, Coke and water) you can stomach. But then watching the game over Yasiel Puig’s shoulder ain’t all that great.
The rest of the Dodgers’ schedule at home this week: vs. Colorado on Tuesday (Corey Seager bobblehead giveaway) and Wednesday at 7:10, then three against San Diego on Friday (7:10 p.m., fireworks), Saturday (7:10 p.m., a Corey Seager-Cody Bellinger T-shirt giveway) and 1:10 p.m. (a fidget spinner giveaway). And no word if Clayton Kershaw returns this week, but Rich Hill going on the 10-day DL with another blister issue will surely tax the bullpen. 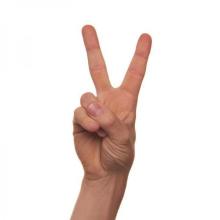 The Angels closed out the month of April by getting outscored 17-5 in a three-game series loss to the Yankees  at Angel Stadium. A trip to Yankee Stadium for a three-game series this weekend (Friday at 4:05 p.m. and Sunday at 10 a.m. for Fox Sports West, wrapped around Saturday at 4:15 p.m. on Channel 11) will likely get Shohei Ohtani on Sunday messing with all those free-swinging pinstripers. He didn’t face the Yankees in their visit to Anaheim.
The Angels, a league-best 14-4 on the road, have 11 in a row way from home starting this week with three games in Toronto (Tuesday and Wednesday at 4:07 p.m., and then Thursday at 9:37 a.m. on the Facebook Watch platform, which those who are stuck in their office claim to be something they’re OK with so they can access the game easier).

The Golden State Warriors’ 41-point win over the Houston Rockets in a Game 3 home win in the Western Conference Finals on Sunday night means means this thing could be finished up before the weekend – Game 4 is Tuesday at Golden State (6 p.m., TNT), with Game 5 moving to Houston on Thursday (6 p.m., TNT). Every win in both conference finals has been by double digits, and Boston looks to rebound from a 30-point loss to Cleveland in Game 3 of the Eastern Conference series with Game 4 on Monday (5:30 p.m., ESPN) at Cleveland. They could close it out at home in Boston for Game 5 on Wednesday (5:30 p.m., ESPN), go back to Cleveland if needed for Game 6 on Friday (5:30 p.m., ESPN) and then, if things get really sketchy, there’s a Game 7 penciled in for Sunday at Boston (5:30 p.m., ESPN).

The 102nd Indianapolis 500 takes place this Memorial Day weekend (Sunday, 8 a.m., Channel 7) with Danica Patrick saying she’s calling a career after this ride. Her four lap average of 228.090 mph in the No. 13 GoDaddy Chevrolet during qualifying puts her inside row three. Local Indy racer Ed Carpenter, who heads the team that Patrick drives for here, will start on the pole. For whatever Patrick couldn’t do during her run at NASCAR, she has six Top 10 finishes in seven races at the Indy 500 and was third in 2009. Isn’t that worth something? So maybe we see Aaron Rodgers dumping milk on her in the winner’s circle. 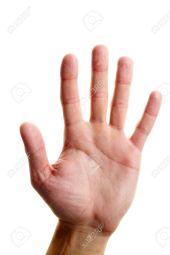 The LAFC has two more home games at the new Banc of California Stadium – a Wednesday friendly against Borussia Dortmund at 7 p.m., and an MLS match against DC United on Saturday at 7 p.m. In between, there’s the Champions League final – Liverpool vs. Real Madrid, at 11:45 a.m. on Channel 11 (7:45 p.m. local time in Kiev) on Saturday. Travel costs and logistics have resulted in more than 2,200 Real Madrid fans returning their tickets – heck, it’s a 1,783 mile journey from Madrid to the stadium. Real Madrid was offered 12,802 tickets to distribute to their 24,268 season-ticket holders who entered a lottery. Liverpool fans are said to be having the same issues trying to get to the Ukrainian capital. There isn’t a closer mid-way point to do this?