You may not even recall any more when Clayton Kershaw last pitched. It was May 1, a no decision in a 4-3 loss at Arizona where he went six innings/101 pitches and struck out six, giving up two solo homers. Maybe you know he’s coming back almost a full month later as it seems his left bicep tendinitis is all right now. With a 4:30 p.m. first pitch at Dodger Stadium, as the shadows settle in over home plate, Kershaw (1-4, 2.86 ERA in 44 IPs over seven starts) will attempt to win his second game of the season against the Phillies.
The Dodgers’ schedule the rest of this week: home vs. the Phillies on Tuesday and Wednesday (7:10 p.m.), and then June begins with the Dodgers’ first visit to Colorado against the current NL West leaders are are sub-.500 at home on Friday (5:40 p.m., SportsNet LA), Saturday (4:15 p.m., Channel 11) and Sunday (12:10 p.m., SportsNet LA).

For reasons Angels manager Mike Scioscia didn’t really disclose other than the 23-year-old needed more rest, Shohei Ohtani was skipped over in his last regular start on the mound last Sunday in New York against the Yankees. Ohtani will likely get back on the mound Wednesday as the Angels proceed through a four-game series in Detroit, and it’s one of the games this week that Richard Justice of MLB.com put on his “must-see slate” this week. “Perhaps it’s the highest possible compliment that we’re no longer surprised that he’s succeeding as a bona fide two-way player,” wrote Justice. “Instead, we want to see this kid play and enjoy the show. In three starts this month, he has a 2.25 ERA and has struck out 26 in 20 innings. The Angels have won six of his seven starts. As a hitter, he has six home runs and a .929 OPS.” Ohtani (4-1, 3.35 ERA with 52 strike outs in 40 1/3 innings) has pitched once a week in his last three starts and five of his seven overall starts have come on a Sunday.
The Angels’ schedule this week continues: At Detroit on Tuesday (4:10 p.m., FSW) and Thursday (10:10 a.m., FSW) before returning home to face Texas (Friday at 7:07 p.m., Saturday at 6:07 p.m., Sunday at 1:07 p.m.). The Angels swept three at Texas April 9-11.

If you need a rooting interest in the NCAA baseball or softball playoffs at this stage, UCLA is a safe bet. In the final-eight College Softball World Series, the Bruins (56-5, 20-4 in conference) are seeded third and open against Florida State (Thursday, 5:30 p.m., ESPN2). In the double-elimination tournament, UCLA will face either Florida or Georgia in the next game – a win puts the Bruins in the second round Friday (5:30 p.m., ESPN), while a loss sends them to the consolation side for a win-or-go-home contest (Saturday, 10:30 a.m., ESPN). The other three Pac-12 teams – Oregon, Washington and Arizona State – are in the upper bracket. It ends with a best-of-three finals June 4-6. More info: www.NCAA.com/championships/softball/D1 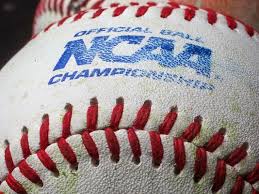 The 64-team baseball tournament starts with 16 regionals – and UCLA (36-19, 19-11 in conference) opening up in the Minneapolis bracket having to open against Gonzaga (32-22) on Friday at 11 a.m. It’s UCLA’s 10th post-season appearance since 2006. Two other Pac-12 schools – Stanford and Oregon State – are hosts of a regional site, and Washington also qualified. Ten SEC teams are in, including defending champ and top seed Florida. Cal State Fullerton (32-23, 18-6 in conference), the only Big West team, got a spot for the 27th year in a row and opens against Baylor (Friday, 2 p.m.). Winners here go to the super-regional that determines the final eight teams headed to Omaha, Neb., from June 16-27. More info: www.NCAA.com/interactive-bracket/baseball/d1

Great lead: “WARNING: This story contains mature language: Some of the words are derived from ancient Greek.” https://t.co/FzO0AQHGRo

The 91st Scripps National Spelling Bee in National Harbor, Md., runs  Tuesday through Thursday (7 a.m. on ESPN2, then 5:30 p.m. on ESPN) with a record 516 qualifiers. The breakdown of the kids age 8 to 15 – there are two sets of identical twins, four spellers from the fourth grade, 224 are in the eighth grade, and 54 percent of them are boys. Among the 43 from California who have made this far: Aisha Randhawa from Riverside (sponsored by the Press-Enterprise), Winston Zuo from Santa Ana (sponsored by the Orange County Register), Ryan Uc and Ayle Guevarra from Chatsworth, Galen Cholbi of San Bernardino, Medina Miranda from Los Angeles, Umar Aziz from Garden Grove and Hrishikesh Krishna from Manhattan Beach. More info: spellingbee.com