“S is for Slugger: The Ultimate Baseball Alphabet”

They’ve categorized this as a “juvenile non fiction.” Who are we kidding. It’s an art-deco, “Rocketeer” design book of epic proportions that will just happen to each a 2-year-old his or her ABCs even if they aren’t paying attention. 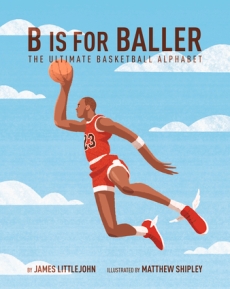 As the sports-centric Triumph publishing found a triumphant response from an author/illustrator team that has already collaborated on the NBA-driven “B Is For Baller,” from October, 2018, and then soccer-celebration of “G Is For Golazo,” from May, 2019,  they pushed forward with an MLB version in time for the 2020 baseball season.

The one that so-far isn’t. When Plan A fails, there are 25 more to try, alphabetically.

Which means, of course, it’s the perfect moment for parents and kids to sit and look at the compelling drawings that go with the creative educational links for each of the sections, art work that says so much with bold and defined strokes, and text that sneaks in smiles for moms and dads to appreciate and go back to their childhood.

There is homages to current and former baseball deities, and the more clever they find ways incorporating history with fun, all the better for those involved in the consuming end of this.

The author and illustrator Q&A

James Littlejohn lives in Culver City but grew up in the Bay Area going to Oakland A’s games with his dad, and stuck his loyalties on Rickey Henderson. Matthew Shipley, from southern New Jersey, was raised on Philadelphia sports. We coordinated an email Q&A to see if we could get more background on how this alpha-omega process happens:

Having done this sort of project with soccer and basketball, you must have the collaboration method down pretty well? How does it work as to what ideas are sketched out based on what each want to contribute?

Littlejohn: Yeah, even though we’re on opposite sides of the country I think we’ve developed some artistic chemistry. I lead a little more on figuring out the word for each letter and the players we’d include and then Matthew takes over from there with the illustrations while dealing with my annoying feedback along the way.

Shipley: There’s lots of back and forth through the whole process. I had a lot to say about the soccer book and I had to lean on James a lot for Slugger. And I can’t take credit for all the visual ideas, James has had some great ideas too and I just do my best to bring them to life. We balance each other out pretty well.

What is your sports wheelhouse/most depth of knowledge?

Littlejohn: I follow the NBA very closely — maybe too closely — but have a pretty well rounded sports background after that. I grew up in a sports family, watching and playing a lot of stuff.

Shipley: I’m a soccer and basketball guy. I played some baseball growing up, but had a bad coach who kept picking me for his team and that kinda ruined baseball for me.

You do know, of course, that if you’re going with “M is for Moonshots,” the L.A. connection will always be those hit by the late Wally Moon at the L.A. Coliseum. We can appreciate Harmon Killebrew but … Any thought process behind that pick? (Kinda just kidding here …)

Littlejohn: People ask us a lot of about why we put in this player over that player. In the case of Killebrew, wanted to get a Twin in there, while we’d already put a few Dodgers in the book, with Sandy Koufax, Hideo Nomo and Jackie Robinson. It’s really hard to choose who to include — the alphabet is only so long — but we do our best to get a mix across teams, positions and eras.

Shipley: There’s been some omissions from all the books that have been hard, but we try to get in as many as we can while also incorporating cool nicknames/visuals.

Do you find your own kids learn from these sort of books? Do they have feedback?

Littlejohn: I’ve got 3 kids and they’ve picked up a lot of sports knowledge they otherwise wouldn’t have from them.

Shipley: I have two sons, but they’re only 2 1/2 and 4 months old. My older son knows the books are “daddy’s” books and I get excited when he picks them to read. He’s definitely picked up some terms here and there and I’m not going to lie, I don’t correct him when he points at Messi and says daddy.

Kinda amused this is listed as “juvenile non-fiction.” For any adult, we’re just as immersed in this as an artistic endeavor and why some subjects were chosen over others. Is that why this is a better larger print book than a “board book” you might give to kids to read?

Littlejohn: The books have definitely been made with the parents/adults in mind as mush as the kids. After all, they’re usually the ones reading them to their kids. We’ll even sneak in some jokes on pages or in the illustrations no kids would catch just to keep the parents entertained.

Shipley: We definitely wanted this to be a book both kids and adults could enjoy. It’s the coolest thing to see kids enjoying our books, but it’s also cool hearing adults say, “I don’t have kids yet, but I’m still getting this book.” 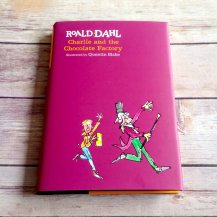 What were your favorite “kids” books growing up?

Shipley: I also liked Roald Dahl. Also enjoyed Dr Seuss. My dad read us Lord of the Rings at night. Not exactly kids books, but Ninja Turtles, X-Men and Spiderman were an influence.

What’s the future of this series for you guys? More sports, or ???

Littlejohn: Hopefully more books! There’s still plenty of sports out there to cover.

Shipley: Triumph said it wasn’t considered a series until there were at least 3 books so hopefully we can keep adding to the ABC to MVP series. There are still sports out there! I also think an all female athletes book would be great.

Draw your own conclusions, but I just had it purchased and shipped to my grandson to get there by Easter. He doesn’t turn 1 until May, but it’s not too early. This kid has all the tools to overcome the drools.

Also: Wish we could find the right adjective for this sort of art design as well. We asked Shipley, and he replied: “Honestly, I don’t know, I’ve never tried to assign it to a style. I guess there’s some art deco stuff in there, but not because I was looking at a lot of art deco work. I just like drawing the figure and portraits and playing with proportions. It’s my style that I just kinda fell into by working a lot.”

1 thought on “Day 13 of (at least) 30 baseball book reviews for spring/summer 2020: The ABC’s of the MLB, alphabetically and metaphysically”