Inside Pitch: Insiders Reveal How the Ill-Fated
Seattle Pilots Got Played into
Bankruptcy in One Year

The links:
At Amazon.com
At BarnesAndNoble.com
At Powells.com
At Indiebound.org
At the author’s website

Jim Bouton told us this was an odd organization. Here’s more to see under the circus tent.

If we weren’t completely up to speed with what happened for the one-and-done Seattle Pilots fiasco and relished personal observations from Bouton’s “Ball Four” in 1970, we get past the 50-year mark of the tream’s crash landing at ill-prepared Sicks’ Stadium for even more head-shaking chicanery.

It’s no wonder they lasted just one year and then dragged their tails to Milwaukee. Considering what’s inside this account, it seems like it was a miracle it lasted that long.

It’s also odd how this all came about. Start with the author, Rick Allen.

With a journalism degree from Eastern Washington, a Masters in interpersonal communication from Ohio University and a Masters and doctorate in  public administration from USC, maybe he’s got the right background for knowing how to piece this together, having worked in upper management and executive levels in the higher education, government, and nonprofit sectors and founded two small businesses.

The story about him in the Amazon.com bio says while he was touring southern Africa, Allen found himself at a dinner table listening to funny stories from the former CFO of the Seattle Pilots.

Bob Schoenbachler, who became the Pilots’ chief money guy at the ridiculous age of 21, having done the same job for the city’s Triple-A team (an Angels’ affiliate) the previous two seasons. He provides the thrust of this tale.

Then there is Jim Kittelsby, who was a 29-year-old from the Pacific Northwest who is asked to work for Dewey and Max Soriano, the brothers who took out loans to get a MLB team in Seattle, also having to get another part-owner, Bill Daley, involved with a 49 percent share.

Stuff we learned from the Schoenbachler/Kittelsby connection:

== The Soriano brothers thought their new MLB team would start in 1971 or 1972, but the process was sped up when Kansas City lost the Athletics to Oakland and was threatening legal action against MLB. Giving Kansas City an instant replacement means they needed one more team to balance the schedule, so the Pilots went into launch mode after the 1968 transition of the Angels’ Triple-A team from Gene Autry for $75,000. 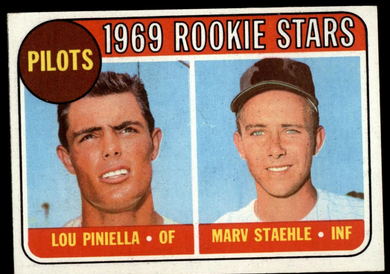 == Marvin Milkes, as the Pilots’ general manager, was also part of the purchase, and a disaster.
Having come over to this position from the Angels’ organization, one of his first key decisions was letting its prized rookie, Lou Pinella, go to the other 1969 AL expansion team, the Kansas City Royals, and become the league’s Rookie of the Year.

== Schoenbachler saw how the Sorianos had to borrow $4 million from the Bank of California and $2 million from Sportsservice Corporation (which provided the concessions) to make the team happen — and with that, the team only got 20 percent of concession profits.

== When it became clear that another buyer had to come forward to save the team in Seattle, no one volunteered. The team was declared bankrupt and just before opening day of the 1970 season, it was moved to Milwaukee under a new ownership group headed by future commissioner Bud Selig. 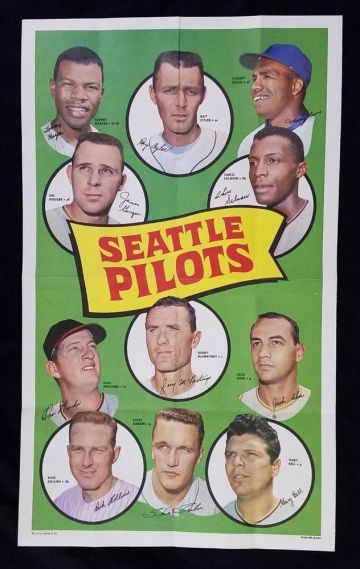 Uneven and meandering in execution as it often repeats itself and has many unrelated tangents — did you know Angels owner Gene Autry had a drinking problem? — for all the new info we get from two former execs, the question can also be asked: Is this really enough material to fill a self-published book maybe twice as long as it needs to be, or would it have worked better as extended magazine story? Probably the latter.

1 thought on “Extra inning baseball book reviews for 2020: Locating a black box that sheds more plight on the 1970 Pilot error”