The links:
At the publisher’s website
At Amazon.com
At BarnesAndNoble.com
At Powells.com
At IndieBound.org
At his personal link

Thanks, Diversion books, for this diversion. And going cleats up into a topic that needs some smarts behind it.

There is no Utley Rule to stop this one.

Let’s get united instead of divided on the national pastime as it is in 2020.

It’s a refreshing take considering how the game now may offend some who value its tradition, yet inspire those who see ways of modernizing it to a new audience.

Can he achieve such a thing? It depends on how open your mind is to constructive criticism, trusting someone who has been around the game for more years than you and isn’t trying to keep his name fresh, and someone engaged in how the game played today has been subject to all sorts of attacks and backlash. 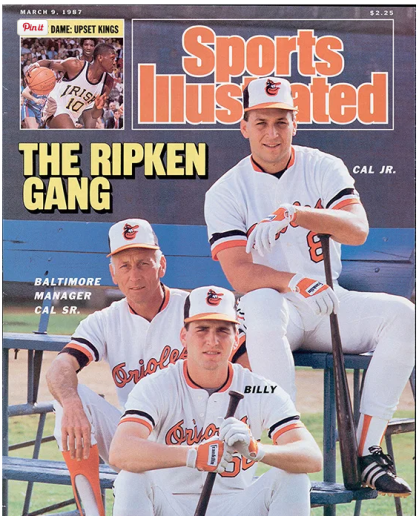 The son of former Baltimore Orioles’ longtime minor league and brief major league manager Cal Ripken Sr., we know Bill has the genetics and phonetics to make this credible, having already co-authored “Play Baseball The Ripken Way: A Complete Illustrated Guide to the Fundamentals” and doing more than noteworthy work on the MLB-infused 24/7 channel.

(To note: In 1987, rookie Billy Ripken hit .308 in 58 games and in 1990, actually led the Orioles in hitting with a .290 average and a league best 17 sacrifice bunts. Cal hit .250. On a team that went 76-86 and had a 23-year-old Curt Schilling, in his first full season, making 35 relief appearances, unable to break into a rotation that had Pete Harnisch, Dave Johnson, Bib Milacki, Ben McDonald and John Mitchell. Schilling was dealt the next year to Houston for Jason Grimsley. Sorry for the sidetrack.)

Is there a common ground to hitting, pitching, defense and winning games? Of course. Bring in the Reconciliatory Ripken to rip into a new way of putting this puzzle together. 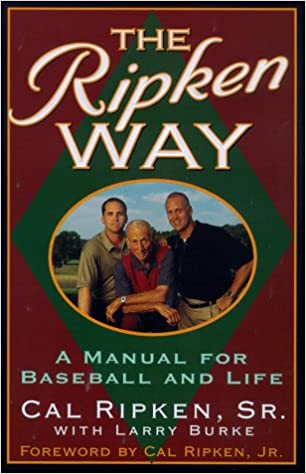 Ripken, using his 12-years of major league service (released by the Orioles in ’92, then logging three more seasons with Texas and one more with Cleveland and Detroit), comes in with a fresh look at the pros and cons of sabermetrics when measured against what his “Ripken Way” taught him and what makes better sense in some cases.

And even an understanding that as more TV time is given to baseball analysis, more weirdness can happen.

“(With team roster expansion), I believe this watering down is happening in the baseball commentary being produced 24/7 in this new media age,” Ripken writes in the intro. “Having baseball available all the time isn’t a problem, but it seems like with all the different outlets and ways for the fan to access baseball, we’ve doubled or even tripled the number of voices being heard. If I stay with the premise that there is a finite number of major league baseball players, can’t I also make the assumption that there should be a finite number of people qualified to speak about the game professionally? I say yes …(and) the baseball fan who consumes baseball all the time through a variety of media outlets should be aware that everything they hear or see might not be accurate or even relevant … I believe these new voices along with the proliferation of outlets and platforms delivering these messages are sending a landslide of false narratives in their baseball coverage.”

Well said. So with that, let’s take a look at his take on …

Pitch framing: “I believe the catcher may be one of the least important factors in whether a pitch is called a strike.”
The pitch itself, the pitcher delivering it, the hitter, the game situation, the stadium/fan involvement and the umpire all factor in much more than where a catcher catches. Also: If Yasmani Grandal leads everyone in “highest frame rate” but consistently allows passed balls, wild pitches and cross ups, there is a problem.

Launch angle: “Think of it as ‘exit angle,’ because the angle off the bat is what’s really measured … the swing itself is not the launch angle.”
When a broadcast says “he improved his launch angle,” Ripken replies: “I have no idea what it means. Did he improve it by lowering or raising the angle? There’s no magic formula for launch angle. It’s completely case-by-case, player-by-player evaluation. … the launch angle is talked about in a way that suggests higher is better, but this is a one-side-fits-all mentality that simply isn’t true.” 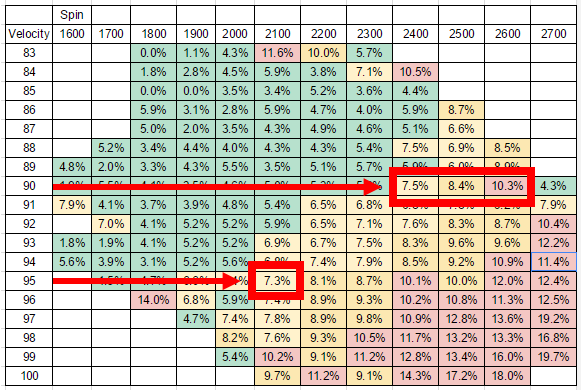 Pitching wins: “Most if not all in the analytics community believe pitching wins simply don’t matter. I would prefer their stance to be that pitching wins don’t matter as much as they once did. … Completely dismissing or diminishing a guy who has the knack for winning seems a little absurd to me.”

Wins above replacement: “There are too many variables in baseball for some of these mathematical formulas.”
It’s inconsistent from one source to another. It overvalues defense and it assigns value to a player that varies from stats and theories the game was built on.
“Babe Ruth’s career WAR is 182.4, while Albert Pujols has the highest career WAR among active players with 100.5. That disparity is extreme considering Pujols’ productivity.” Pujols, going into the 2020 season, is actually at 100.3 looking at BaseballReference.com after his 19th season.

We won’t soak a quote out of every discussion because much of it goes deeper than just a quip.

Then the 25th chapter and verse is reserved for the future of the game.

“The players playing the game are the game. It’s been that way since the game started. The old school has always used numbers or analytics of some sort to better itself. … The old school is capable of learning more, but there only so many numbers needed in playing this game, and the group that has played the game and been around the game the longest are the ones most qualified to make that call. … As long as there are old school baseball men in the game, the sport will be in good hands.”

As long as there are guys who can communicate as well as Ripken – and it must be a family trait, since his brother, Cal, has been one of our favorite TBS broadcasters when he’s available – these are topics that continue to need to be discussed in a civil manner without misguided buzzwords or stubborn agendas.

It also doesn’t hurt that he’s got a nice platform to talk about the content of each chapter when the mood strikes:

It’s time to move on looking at Bill Ripken as the guy with the profane baseball card 30 years ago, which already makes him something of a cult legend.

OK, we can’t help ourselves. We have the card and as long as it increases in value, we’re fine.

Recent books where ex-players give their current opinion of the game hardly go into this kind of depth. David Cone, a YES network analyst, did a nice job of it last year, and Ron Darling, whose TBS career speaks for itself on a national level, has even more to say with substance. Outside of a pitcher or a catcher, it’s refreshing to hear something from someone who spent a lot of his time looking at the game from another angle.

And by the way, is it “The State of Play,” as many websites advertise, or just “State of Play” as the actual cover says? State your preference …

Today on #TheJacobValkShow, I interview Bill Ripken, a former MLB player, analyst for MLB Network, and the author of State of Play: The Old School Guide to New School Baseball! Listen at https://t.co/tOO3LNaES4. pic.twitter.com/pcpQGnRhH9

Listen to this week's episode of #SABRcast with @robneyer — our guest is @MLBNetwork's Bill Ripken, former @Orioles and @Rangers infielder, co-founder of @RipkenBaseball, and author of a new baseball book, "State of Play": https://t.co/XpE7kc8W3z pic.twitter.com/mu3vILE7te