The book: “Singles and Smiles: How Artie Wilson Broke Baseball’s Color Barrier”
The author: Gaylon H. White
How to find it: Rowman & Littlefield Publishers, 270 pages, $35, released March 20
The links: At Amazon.com, at the publishers website. 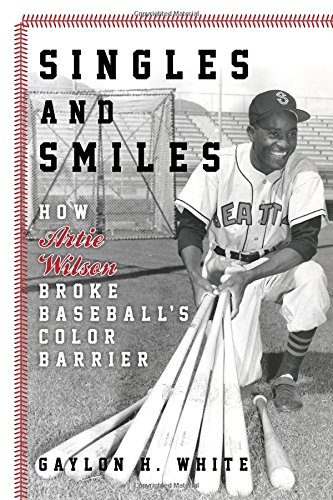 A review in 90-feet or less: Wait, wait, wait a sec … Someone named Artie Wilson did what now?
“The story of Jackie Robinson is well documented,” White writes in the preface. “But little is known about Artie and the other blacks who integrated the minors. They are mostly footnotes in baseball history, their achievements in need of resurrection and telling so they won’t be forgotten …
“After Artie put on a spectacular performance in the Negro League’s East-West All-Star Game in 1946, the Chicago Tribune reported how he always became the one chosen by Branch Rickey of the Brooklyn Dodgers to break the color barrier in Organized Baseball, or ‘white folks’ ball,’ as (Negro League star second baseman Lorenzo ‘Piper’ Davis) referred to it.
“Rickey passed Artie by and picked Jackie Robinson.”
Those last two paragraphs are on Chapter 1, page 1. So not to marginalize what Wilson did, but we’re just a bit confused by facts presented as we all seem to know versus what the book title is selling us. 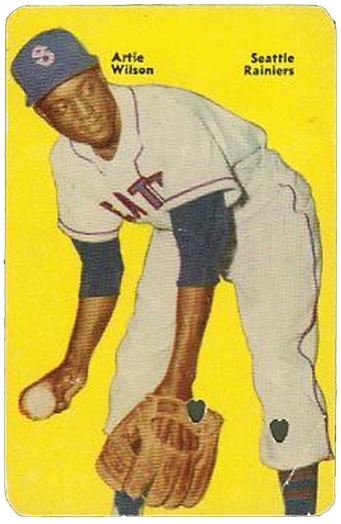 Fact: Wilson, a singles-hitting shortstop in the New York Giants organization, did come up to the big leagues from their Oakland PCL team in 1951 at age 30. He got 24 plate appearances in 19 games — four singles, two walks and a couple of stolen bases. Three games at second base, three at shortstop and even two at first base.
And that was it. He basically gave his roster spot away to Willie Mays, over Leo Durocher’s protests.

Another truth: The site RetroSheet.org shows Wilson and Robinson on the MLB field together. One time. (This isn’t in the book).
April 20, 1951 at the Polo Grounds. In the Dodgers’ 7-3 win that Friday day game, Robinson batted cleanup at second base and went 2-for 4. Wilson came in as a pinch hitter for relief pitcher George Spencer when his spot came up in the lineup in the seventh inning, and hit a comeback to pitcher Don Newcomb.
Wilson, once signed by the Cleveland Indians in 1949 where he could have had a chance to come up under progressive owner Bill Veeck, ended up with the New York Yankees organization a few months later, and they sent him to Oakland.
Wilson would retire to Portland and live to be 90 years ago when he died in 2010.

White writes that Wilson was like Ozzie Smith with the glove and like Rod Carew or Ichiro Suzuki with the bat. White even calls him “a black version of Richie Ashburn, the sprinter-quick leadoff hitter for the Philadelphia Phillies in the 1950s.” And Wilson did it all without the tip of his right thumb, the result of a machine shop accident at a cast-iron pipe company.
“Jackie broke Major League Baseball’s color barrier with a relentless fighting spirit,” White writes again. “Artie did it in the minors with singles and smiles.”

So what we have here is recognition that Wilson was one of the first to integrate the minor leagues – which Robinson had to do as well in 1946 with the Dodgers’ Montreal farm team before he was promoted and played in the opener on this date in 1947.
“Artie faced the same racial bigotry in the PCL,” White conveys.
“ ‘Jackie had gone through more than I had. I could whip it,’ ” Wilson is quoted in an interview White was able to do with him during the MLB strike/lockout of 1994-95.
Integrating the minor leagues, or the Pacific Coast League as it stood against MLB, was an ongoing issue in the early to mid 1940s when players were needed to fill rosters of those who went into World War II.
It’s written here that first baseman Lou Dials and pitcher Chet Brewer were invited to the PCL Los Angeles Angels’ spring training camp in Anaheim after club president “Pants” Rowland promised them a tryout. The Angels wer a farm club for the Chicago Cubs, and franchise owner Philip Wrigley eventually nixed the plans.
It wasn’t until 1949 when the Oakland Oaks’ had their first black player – Wilson, traded to them by the San Diego Padres, who had already broke the PCL color barrier when they signed catcher John Ritchey in 1948. Wilson later became the first black player with the Seattle Rainiers in 1952.
White, who did a very cool bio of Steve Bilko reviewed in 2014 as well as the 2016 book about one-time Dodger “Handsome Ransom Jackson: Accidental Big Leaguer,” sheds much needed light on Wilson’s blessed career. He also tries to draw a comparison between Wilson and Denzel Washington’s Troy Maxson in the play-turned-movie “Fences,” except that “Artie … didn’t let it bother him.”
For the record, Wilson was the 13th black to play in the majors. Giants teammate Ray Noble and Boston Braves outfielder Luis Marquez were the 14th and 15th, also playing in that same April 18, 1951 game.
Durocher, then the Giants manager who missed on out managing Robinson’s first season with the Dodgers in 1947 because of a suspension, would make 20-year-old Mays among the first 20 black players.
Mays and Wilson were teammates for the Negro League’s Birmingham Black Barons.
What else do we discover about Wilson?
He long ago endorsed the Dodgers’ Jim Gilliam as the first MLB black manager in 1975, over Frank Robinson getting the role with Cleveland that season.
“I would have taken Gilliam over any of them,” said Wilson. “He was an underrated ballplayer …Gilliam was one of the best ballplayers Brooklyn ever had on the field. But they never gave him credit …”
Gilliam, the 1953 NL Rookie of the Year who played all four infield and all three outfield positions in his 14-year career, was a Dodgers coach when he died before the 1978 World Series.

How it goes into the scorebook: An opposite-field single to left against an exaggerated shift. There’s a strange photo that appears on page 75: A defensive shift used against Wilson when he came to bat often in the 1950s, especially against Lefty O’Doul’s San Francisco Seals, where the right fielder played second base to leave right field vacant, and three infielders went onto the left side, where he usually slapped the ball.
Again, Wilson was ahead of his time. 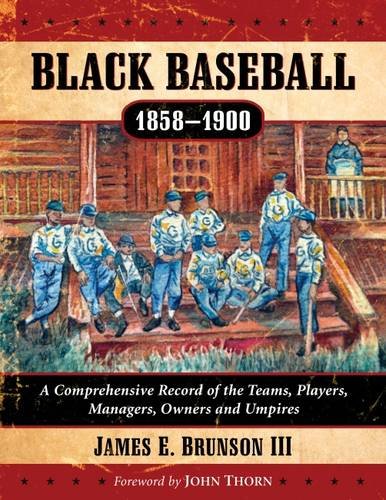 On this Jackie Robinson Day, we also would like to single out books out now related to this subject matter: 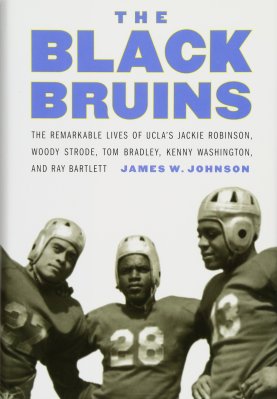 * “The Black Bruins: The Remarkable Lives of UCLA’s Jackie Robinson, Woody Strode, Tom Bradley, Kenny Washington, and Ray Bartlett,” by James W. Johnson, released Feb. 1
* “Invisible Ball of Dreams: Literary Representations of Baseball behind the Color Line,” by Emily Ruth Rutter, due to come out May 1.
* “Black Baseball 1858–1900: A Comprehensive Record of the Teams, Players, Managers, Owners and Umpires,” due to come out this July 14
* “Biz Mackey, a Giant behind the Plate: The Story of the Negro League Star and Hall of Fame Catcher,” by Rich Wescott, released Feb. 1, 2018
*  “The Integration of the Pacific Coast League: Race and Baseball on the West Coast,” by Amy Essington, due to come out this June 1.

2 thoughts on “Day 15 of 30 baseball book reviews for 2018: On Jackie Robinson Day, a look at another player Branch Rickey passed on at that point in time”